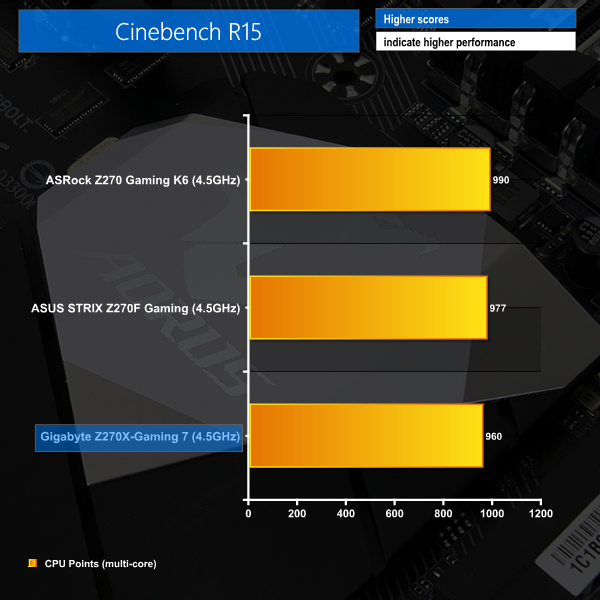 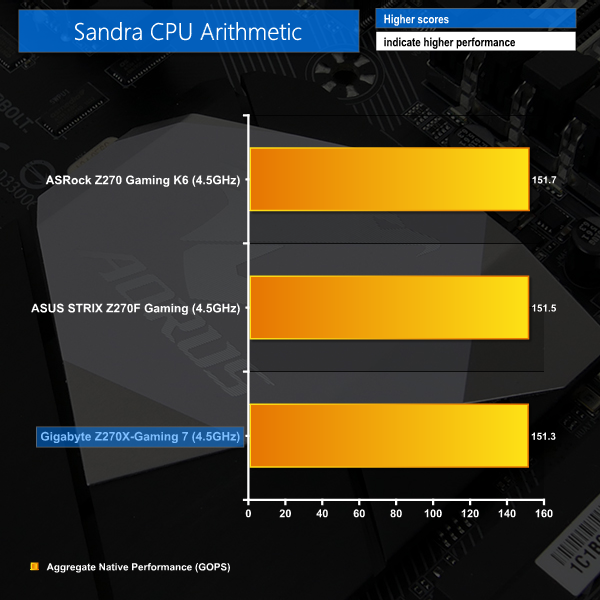 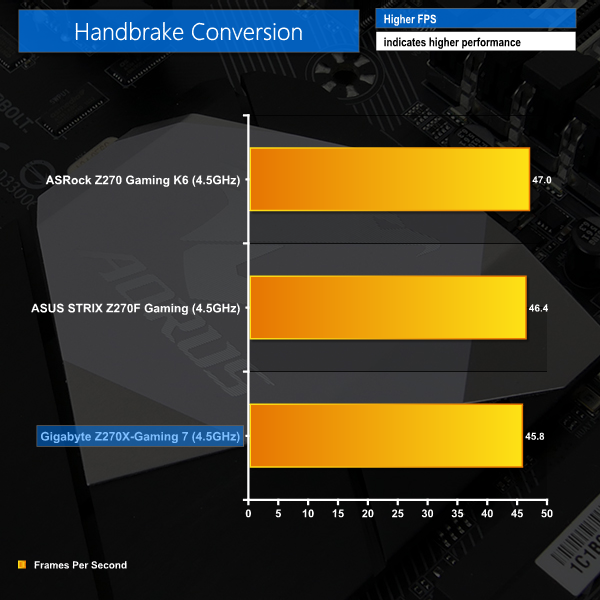 CPU-related performance from Gigabyte’s Aorus Z270X-Gaming 7 is competitive against ASRock and ASUS alternatives. The Aorus board does fall a little short in Cinebench and Handbrake performance but the margin is small. This slight percentage shortfall is potentially attributed to the system resources being used in the background by Gigabyte’s OS software.