We examine the performance gains that can be had when overclocking the CPU cache/ring, in addition to the CPU core. 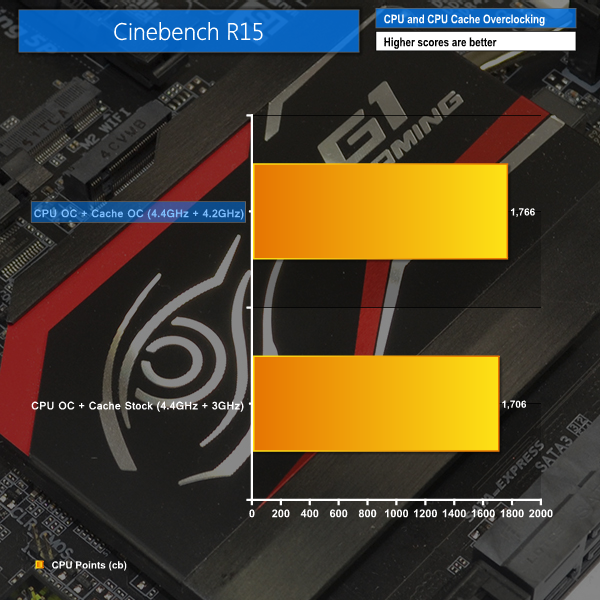 The CPU-heavy Cinebench workload delivers a noticeable boost in performance with the CPU cache/ring operating 1200MHz faster than its stock-clocked frequency. An extra 60 Cinebench points is a worthwhile performance improvements, even if the increased CPU cache/ring voltage forced higher power usage.

Temperature levels did not increase significantly with the CPU cache/ring over-volted and overclocked. There was a rise in CPU temperature by no more than a few degrees.

While XMP dictates the memory operating frequency, voltage, and primary timings, the secondary and tertiary timings are set at the motherboard vendor’s discretion. That can lead to performance differences in memory-intensive workloads. 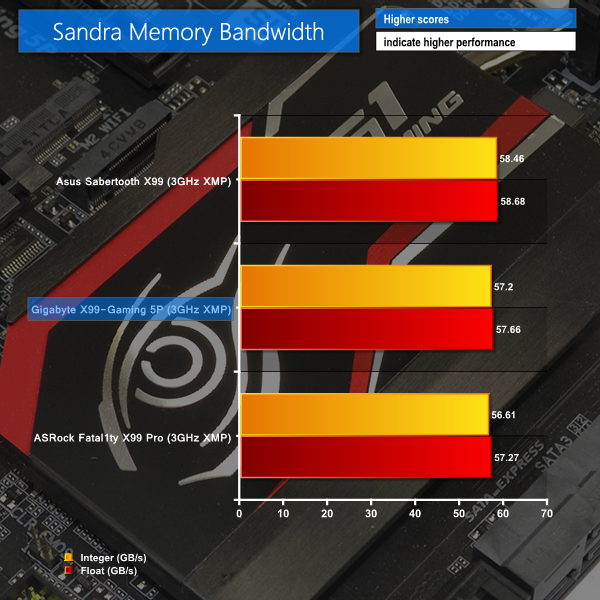 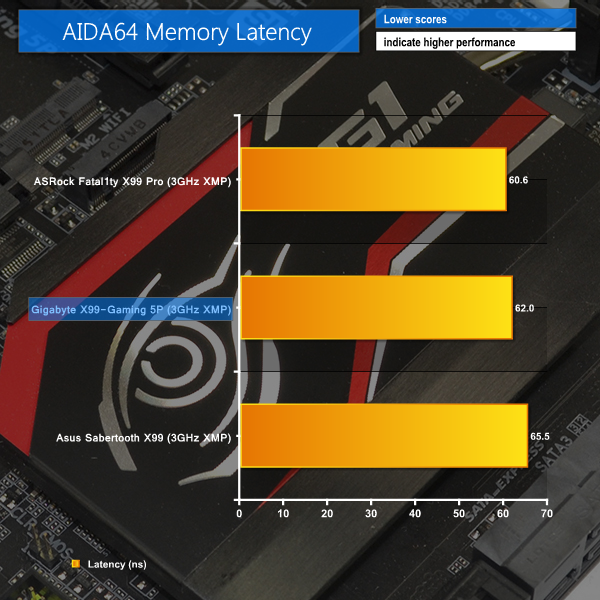