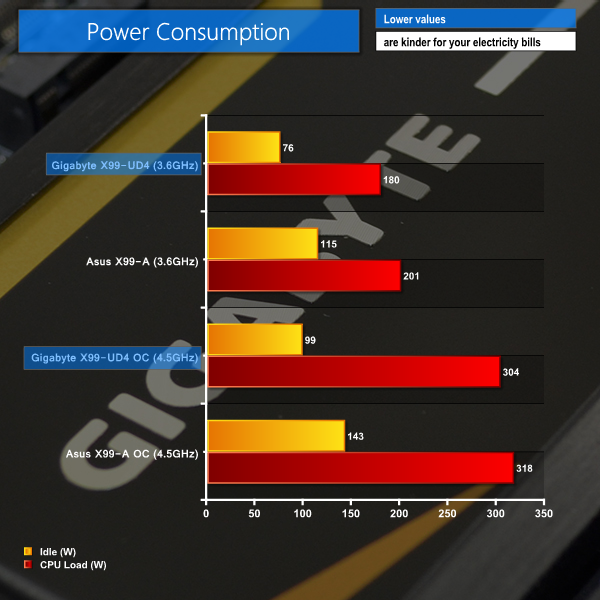 Gigabyte’s digitally-controlled voltage system dynamically adjusts the CPU VCore level to strike a balance between power consumption and clock speed under low load conditions. This translates into excellent power usage numbers when idle, shaving around 40W off the levels shown by Asus’ X99-A.

Even at full load, Gigabyte’s X99-UD4 continues to show its efficiency by consuming 14-21W less power than Asus’ X99-A. The high-spec Cooper Bussmann chokes and International Rectifiers 3553M MOSFETs seem to have been a smart design choice for power efficiency.