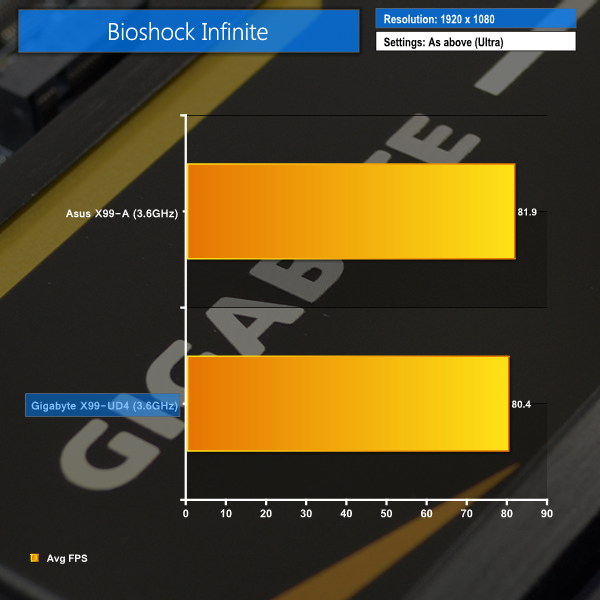 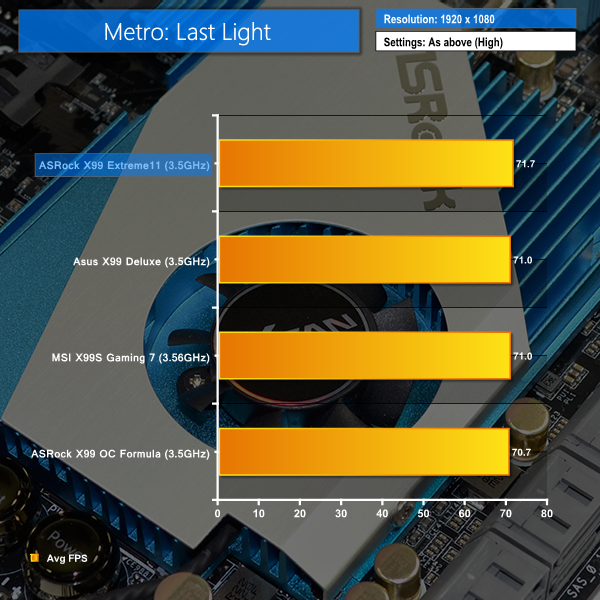 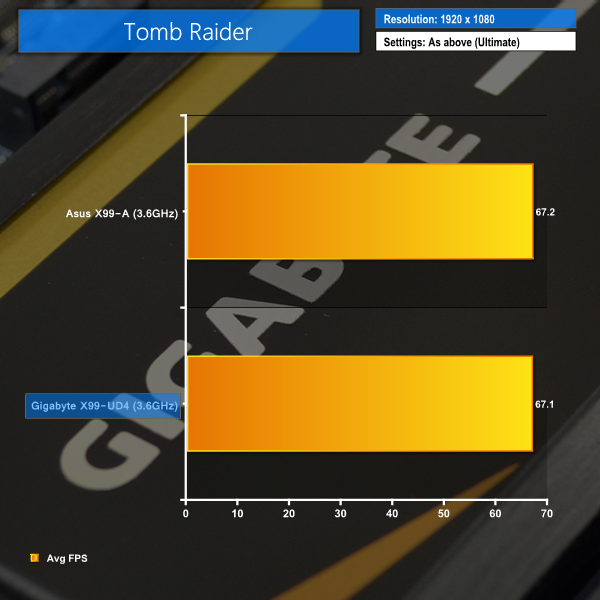 The only different between our test system for the Gigabyte X99-UD4 and Asus X99-A motherboard was the Catalyst driver version. Gigabyte’s board uses version 14.9, while Asus’ relied upon 14.4. This may be the reason for differences in the gaming test results.

Frame rate differences between the two motherboards in Tomb Raider are well within the benchmark’s margin of error.