We opted for components representative of a value X99-based system, which included 2400MHz DDR4 memory and the excellent Haswell-E 5820K processor. 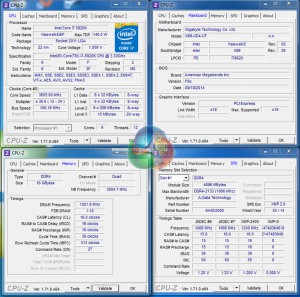 By default, the Gigabyte X99-UD4 motherboard applies multi-core turbo (MCT) and forces the 5820K to a constant 3.6GHz when XMP is enabled. This will be displayed as the ‘stock’ setting.

A full CPU load sees the X99-UD4 pushing around 1.06V through our 5820K CPU when MCT is applied. That voltage level is about average from what we have seen, and results in temperature levels that can be easily dealt with. Idle operation sees the VCore dropping around the 0.7V-mark, with a 1200MHz CPU frequency 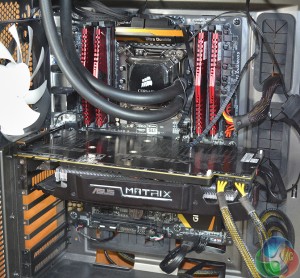 We have already referenced the issues we ran into with the X99-UD4 refusing to operate our graphics card with PCIe 3.0 bandwidth. As such, our testing uses a PCIe 2.0 link which may have a small impact on the Gigabyte motherboard’s score in GPU workloads. It is an accurate interpretation of a motherboard with error-ridden BIOS software.