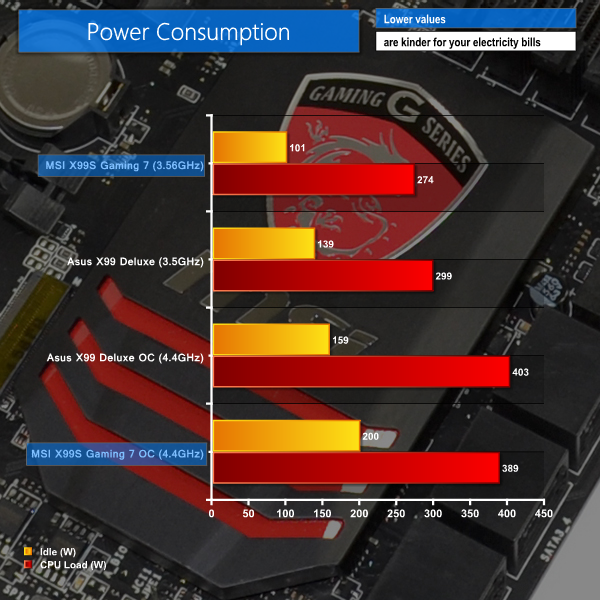 When a 1.30V overclock is applied, the Asus motherboard manages to show its efficiency by using 41W less power at idle. MSI’s board uses a static voltage that does not decrease when under low load, whereas Asus’ board will drop the CPU’s voltage at idle. When loaded, Asus’ controller-heavy part uses 14W more than the MSI board.

Today, Qualcomm announced its next flagship Snapdragon SoC – the Snapdragon 888. This new SoC …