Asking for an outlay of just £200, the MSI X99S Gaming 7 offers an alluring set of features to warrant its reasonable price tag. But it isn’t just features that MSI’s X99S Gaming 7 is good for – CPU overclocking performance is impressive, the supplied software is smart, and the board’s styling is excellent.

Focusing first on overclocking performance, MSI’s X99S Gaming 7 had no problem taking our chip to its 4.4GHz limit. We dialled in the relevant multiplier and voltage settings before hitting the chip’s frequency limit with ease. What’s more is that the X99S Gaming 7 managed to match our processor overclocking result that was achieved by Asus’ X99 Deluxe and its OC Socket implementation.

Memory frequency performance, on the other hand, was not as pleasing. While MSI’s board could handle 2666MHz and our Corsair kit’s 2800MHz profiles without fuss, 3000MHz using built-in XMP configurations would not work. We had to manually tweak settings to reach the 3GHz memory frequency on one of the BIOS versions, which proves that the board is capable, but the BIOS settings have been poorly programmed.

Features are where the X99S Gaming 7 shines. Given its £200 price tag (which is cheap by X99 standards), MSI has done well to include a Killer E2205 NIC, Realtek ALC1150-based audio with a dedicated Texas Instruments amplifier, and a 32Gbps M.2 connection. In addition to the physical hardware are many worthwhile pieces of software, crowned by a 6-month XSplit premium license.

On the topic of software, MSI’s Click BIOS 4 interface is simple to use and equipped with plenty of user-adjustable options. HW Monitor 2 is an excellent fan-control tool and the Board Explorer is useful. The layout is a little messy, though, and some of the tools (such as M-Flash) could be more functional. Click BIOS 4 is a good UEFI implementation, but it’s not the best on the market.

The styling of MSI’s X99S Gaming 7 is excellent. Eye-catching hints of red compliment the bold black theme to create an appearance that is easy to match with partnering components. Board layout is generally smart, except for the SATA Express connector’s position that will be blocked by 3-way graphics configurations. We would have also preferred a cooling gap to be left between two-card graphics configurations.

KitGuru says: A reasonably-priced motherboard that offers enthusiastic gamers a cost-effective route onto the X99 platform. 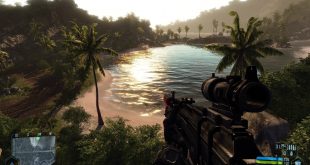