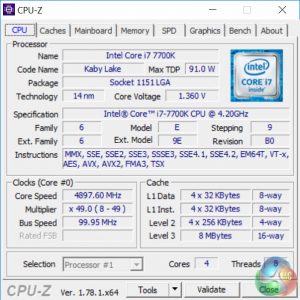 The CPU overclock achieved by ASRock was the same as other motherboards on test since, as far as we can observe, the maximum OC is CPU-limited. 4.9GHz is easily achievable with 1.375 volts though this did drop to around 1.36 with the default LLC behaviour.

We test the motherboard’s ability to run G.Skill’s high-speed 16GB DDR4 Trident Z kit at a 3600MHz XMP setting. High-speed XMP settings can prove a challenge for motherboard designers when optimising the settings for stability at the intended DRAM frequency.

As a performance comparison, we have included the results from two other Z270 motherboards. The maximum overclocked configuration achieved with each board was a 4900MHz (49 x 100MHz) processor frequency whilst using 3200MHz CL16 memory. 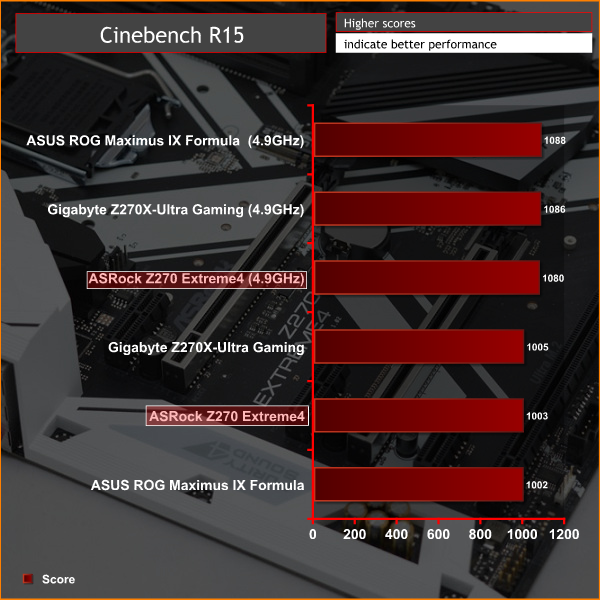 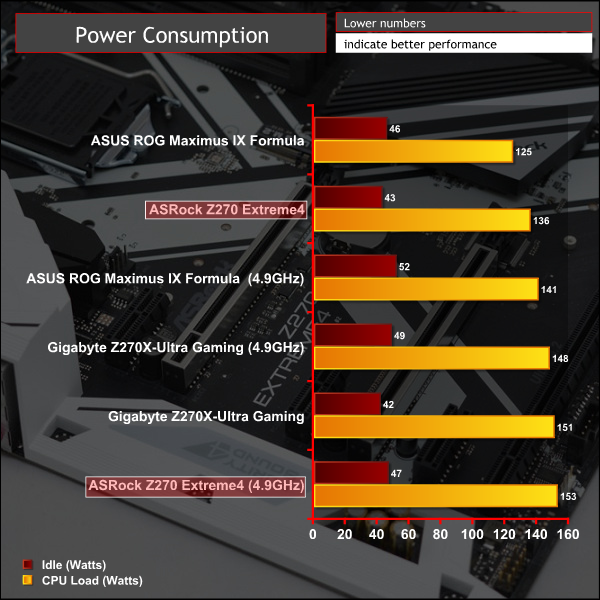