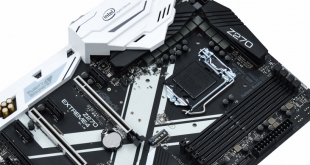 Motherboard manufacturers have produced a comprehensive range of products for Intel's latest-generation Z270 chipset, spanning a wide spectrum of prices. Yet it's the mid-range Intel motherboards, like ASRock's new Z270 Extreme4, that consumers typically end up buying. The Z270 Extreme4 is, on paper specification, a true all-rounder; a competitive price, plentiful connectivity options and a varied feature set, but can it keep up with its competition? 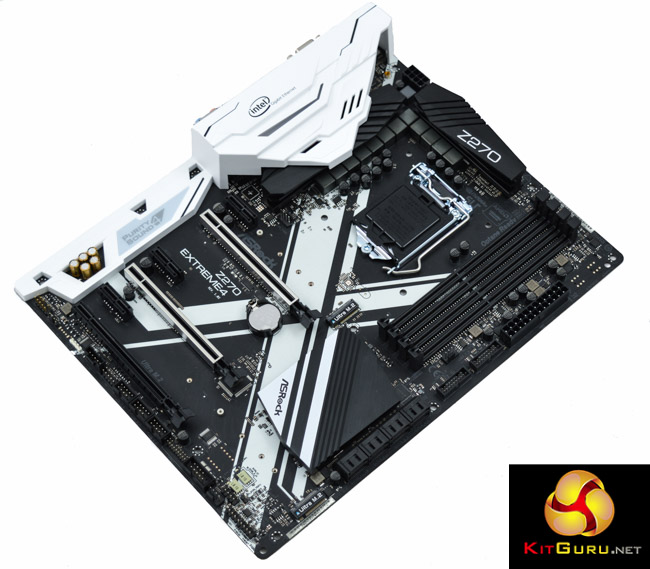 ASRock, like other motherboard companies, runs multiple different product lines for Intel's mainstream platform. The Fatal1ty series specifically targets a gaming audience while the Extreme Series is more generic in purpose. As such the Z270 Extreme4 is not Gamer-esque in appearance, though it certainly possesses an aesthetic that stands out from the ordinary. ASRock's own website describes this product as being aimed at animators, artists, designers and editors, which might be optimistic.

The headline feature for the Extreme4, and with many motherboards of this class, is RGB lighting. ASRock delivers this is two ways; onboard lighting and support for external RGB strips through a header. Rather uniquely, ASRock deploys the RGB controls through both software and the UEFI environment.

Another notable attribute of the Extreme4 that will catch the attention of consumers is the provision of dual M.2 ports, both capable of running at PCI Express Generation 3.0 4X speeds. While NVMe M.2 drives are still expensive per GB compared to traditional SATA III SSDs, the cost is coming down with each subsequent release from SSD manufacturers.

The default connectivity provisioned with Intel's mainstream Z-series chipsets has been generous for a while now so the fact ASRock has USB 3.1 Type-A and C is a tick on the checklist rather than a unique selling point. ASRock does, however, attempt to differentiate itself by throwing in an additional two SATA ports, taking the total to 8, for users with a larger-than-average storage array.

ASRock includes a number of other in-fashion features for motherboards of the current moment including PCIe slot shielding and improved audio based on the Realtek ALC1220 codec.

A good start then for the Z270 Extreme4 which finds itself priced in-line with motherboards such as the ASUS Prime Z270-A,  Gigabyte Z270-X Ultra Gaming and MSI Z270 Gaming Pro.