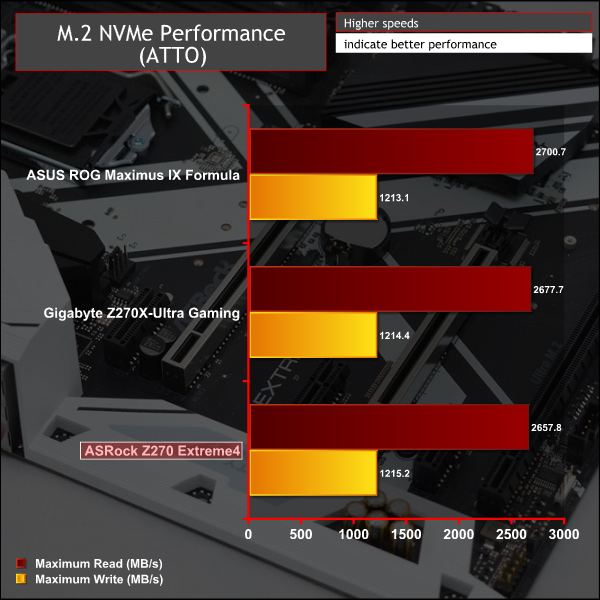 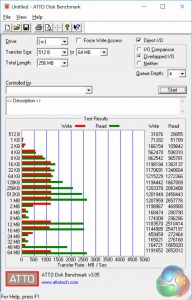 As with all Z270 motherboards we’ve tested so far the M.2 drive throttles in an environment with low airflow. Depending on the number of fans inside your case and the configuration of those fans you may be able to mitigate thermal throttling to an extent. However, ASRock provides no specific mechanisms for doing this and isn’t alone – only MSI has thus far developed a thermal aid for the M.2 area on a motherboard in this price segment. 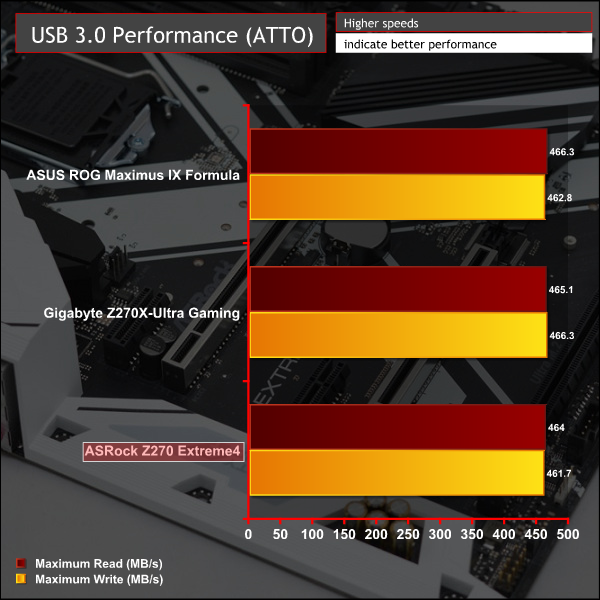 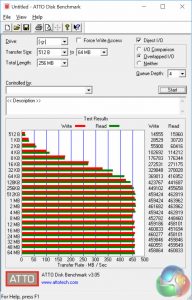 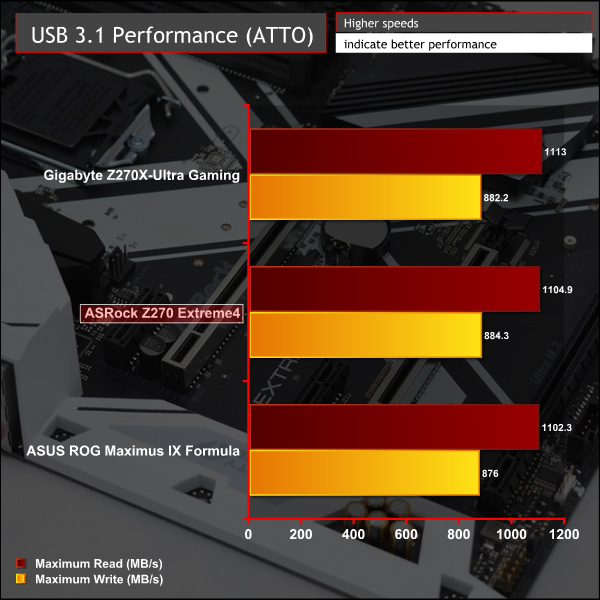 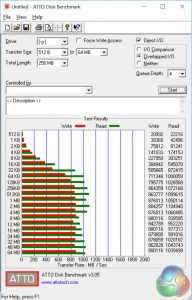 USB performance across both 3.0 and 3.1 interfaces falls in-line with expectations for the respective controllers, Z270 and ASM2142. 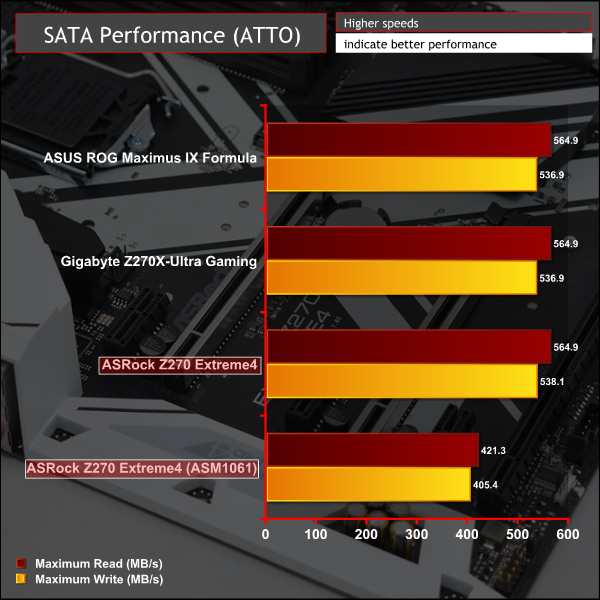 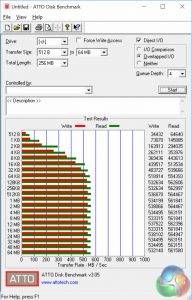 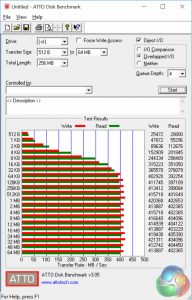 Chipset SATA performance is right where it should be while the third party chip ASRock includes is about 25% slower for SATA throughput. 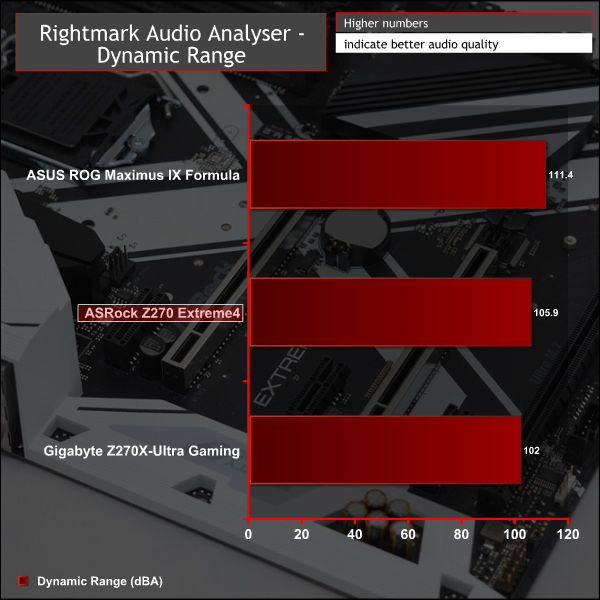 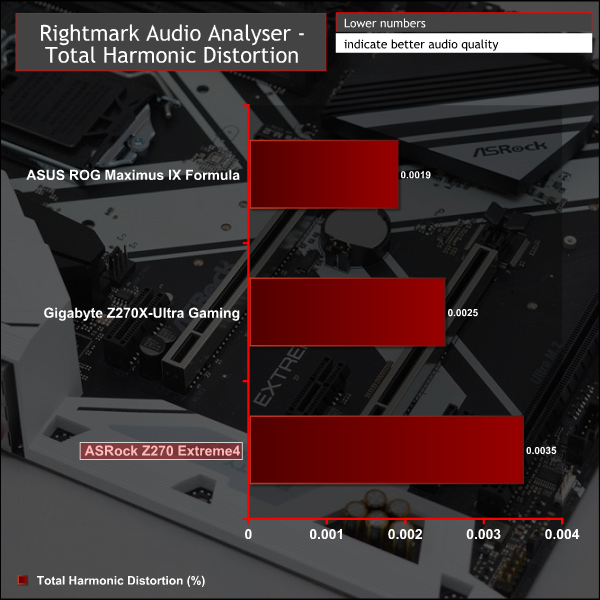 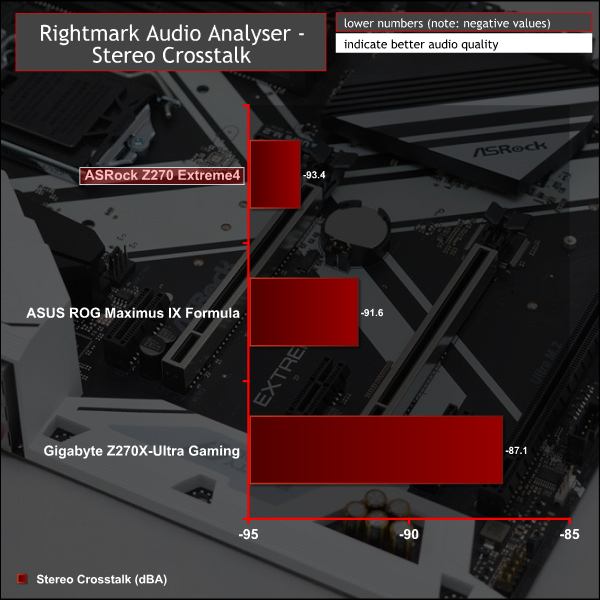 Audio performance is roughly in between the ASUS and Gigabyte boards in respect to the results recorded, but all three boards returned Very Good overall results from the Right Mark Audio Analyser test.

Differences in the synthetic tests struggle to play out in the real world nonetheless ASRock does very well with features like impedance detection and headset amplification.