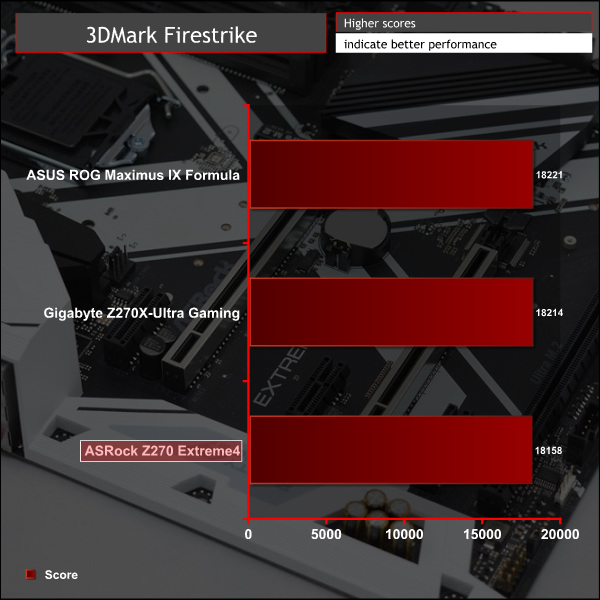 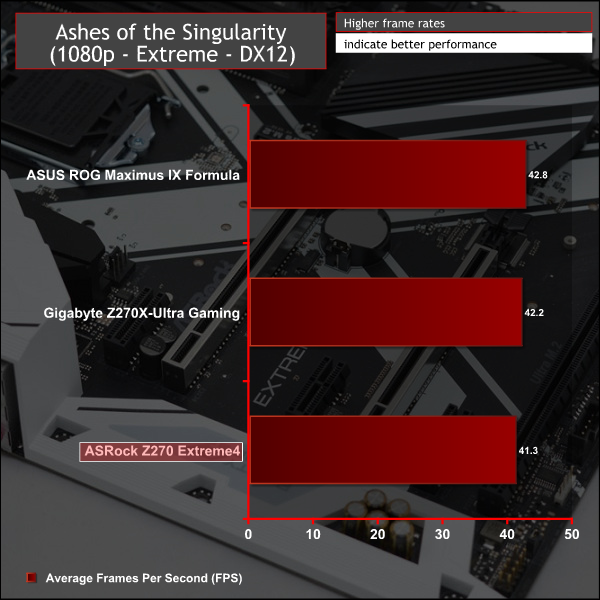 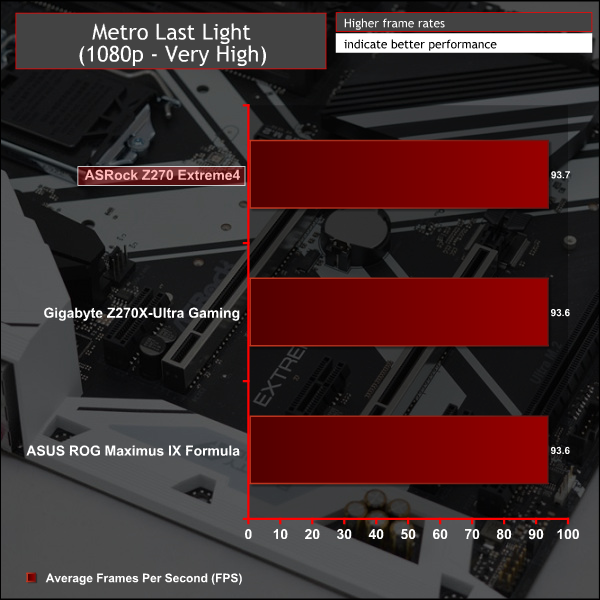 GPU performance is fairly consistent, there are only small fluctuations between motherboards on test likely attributable to other things such as background operating system processes.