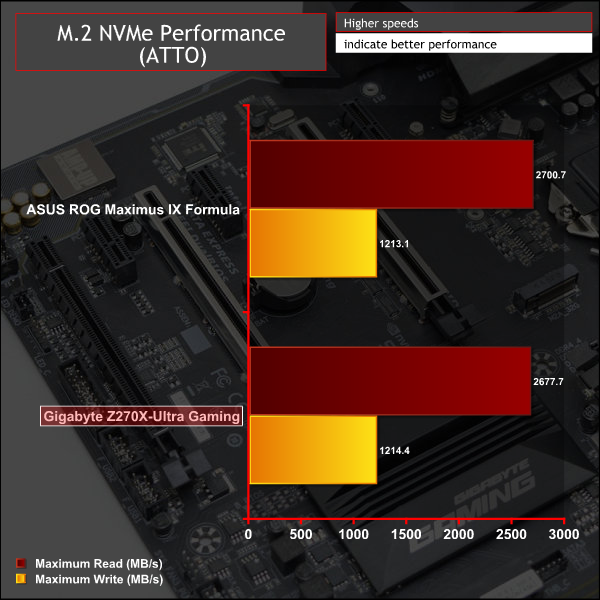 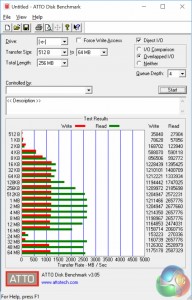 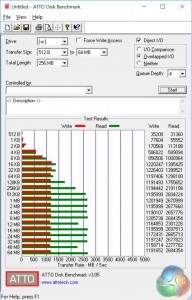 The peak M.2 NVMe throughput was as expected for the 32Gbps connection enabled by this motherboard. Thermal throttling was fairly minimal since the M.2 SSD caught some of the airflow off the graphics card and CPU cooler because of its central and open location.

However, over a longer period of sustained use, thermal throttling started to occur more frequently so Gigabyte should consider a way of dealing with heat from M.2 devices. Modern computer cases with strong internal airflow should be able to mitigate the heat for the most part. 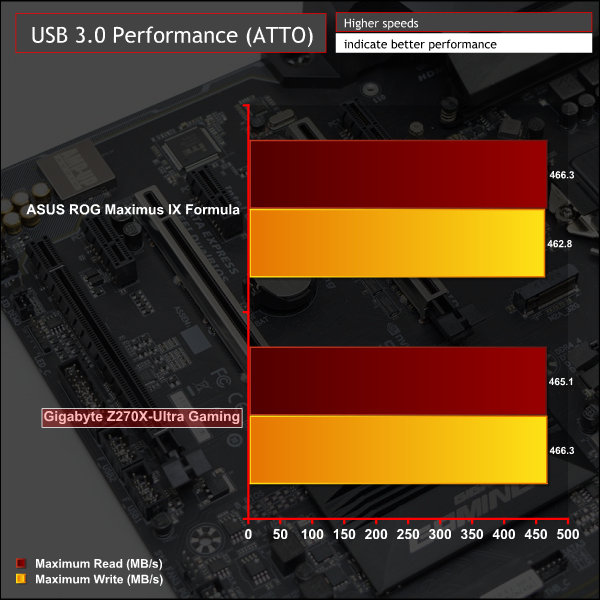 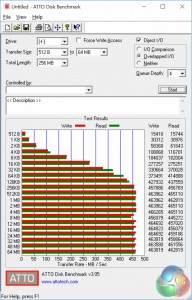 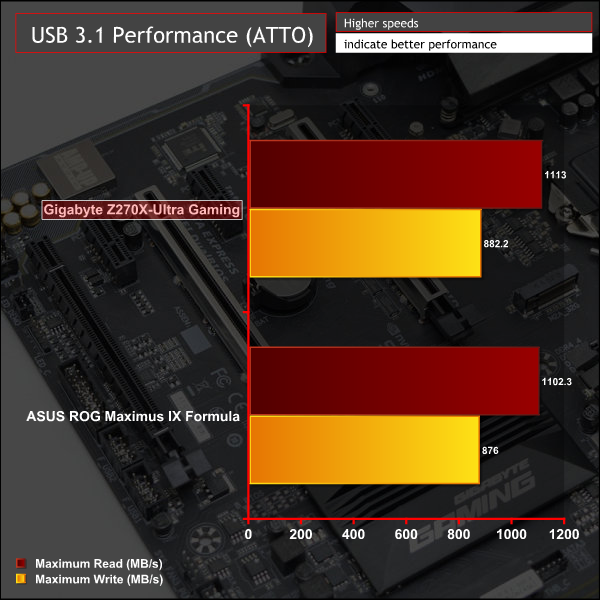 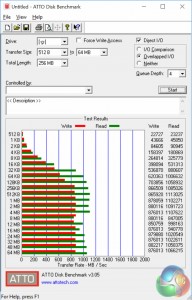 USB performance is typical for the controllers used, Intel Z270 and ASM2142, on both the USB 3.0 and 3.1 interfaces, respectively. 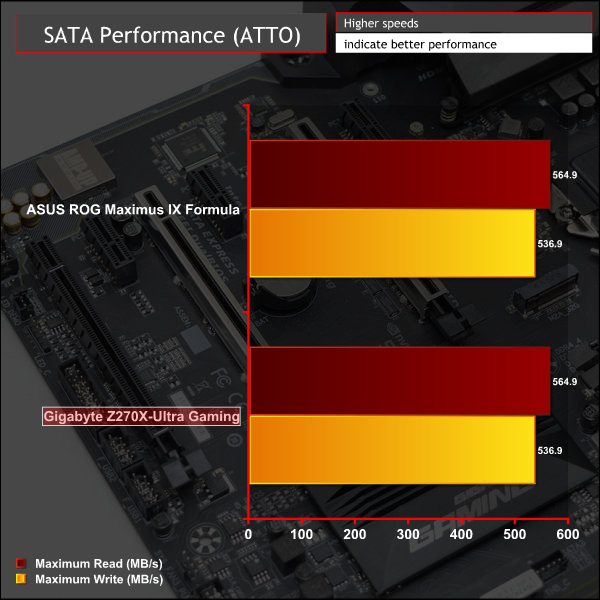 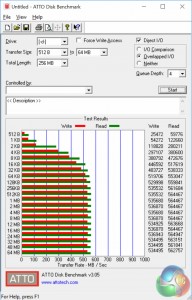 SATA performance is par for the course. 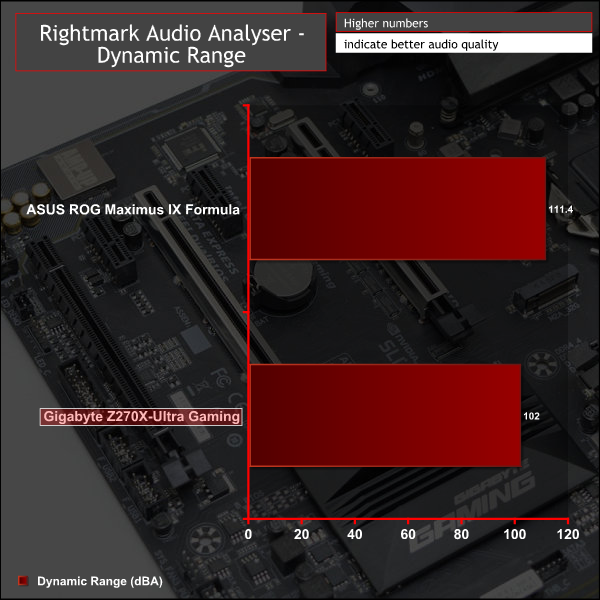 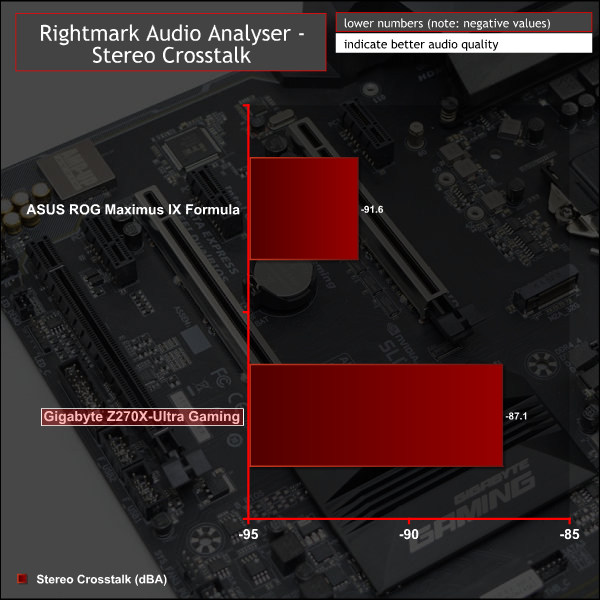 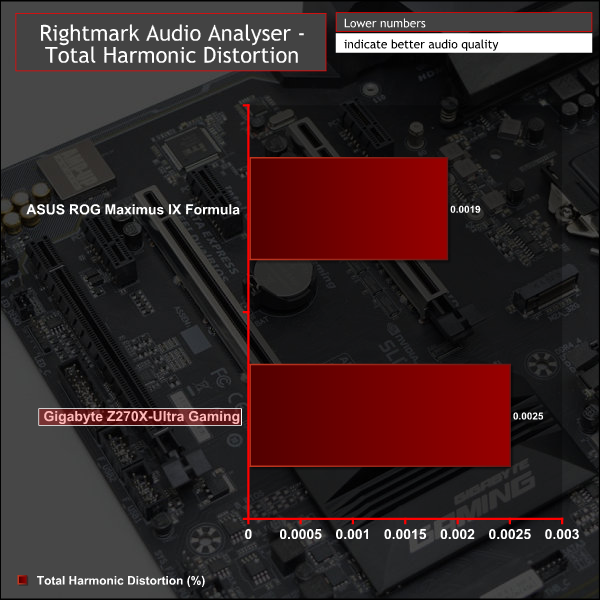 Audio performance is Excellent across the board which reflects the latest Realtek ALC 1220 codec being utilised by Gigabyte’s audio implementation. Gigabyte’s Z270X-Ultra Gaming didn’t perform as well as the Maximus IX Formula (which is a much more expensive motherboard and uses many more audio components), but the results recorded are stronger than many Z170-generation motherboards running what used to be the best codec prior to Z270’s release, Realtek ALC 1150.