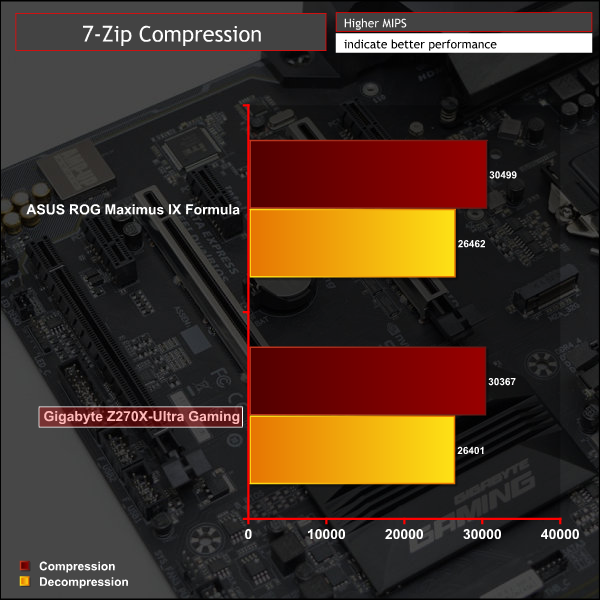 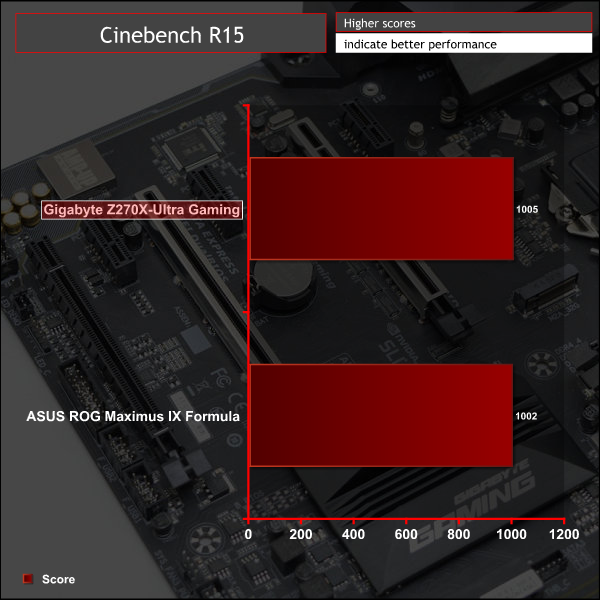 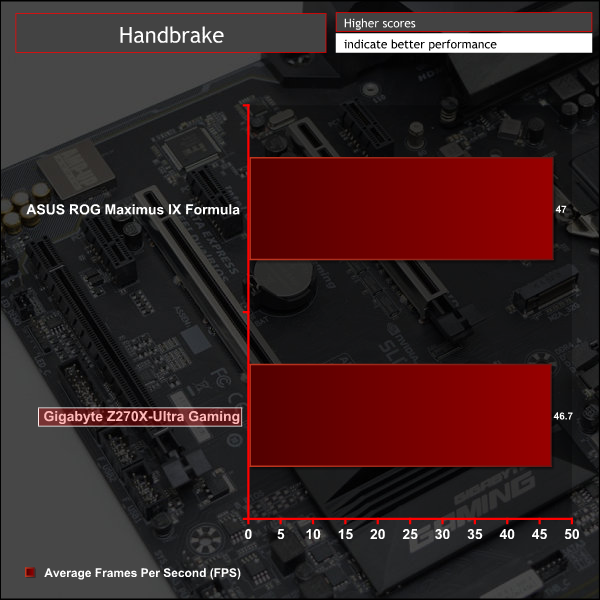 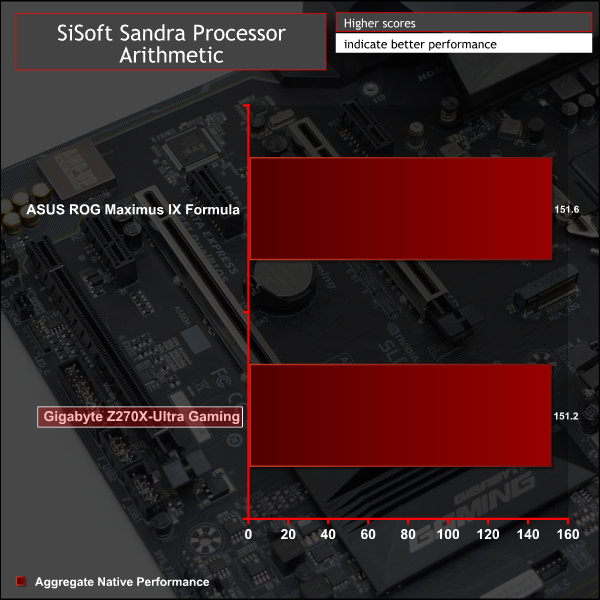 CPU performance varies insignificantly between both motherboards on test.