Our efficiency testing procedure is detailed here.
Using results from the previous page, we plotted a chart showing the L11-CM-700’s efficiency at low loads, and loads from 10 to 110 percent of its maximum-rated capacity. 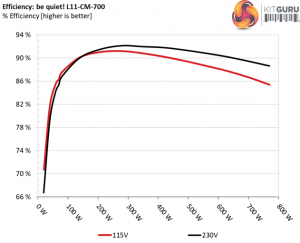 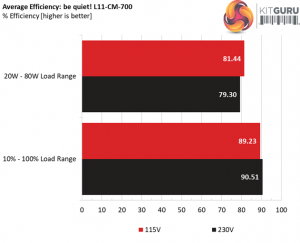 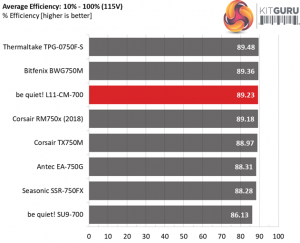 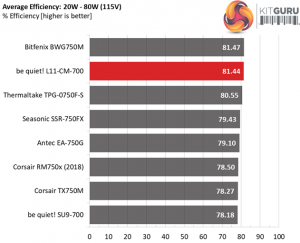 The efficiency levels are pretty high under both light and normal loads. The ACRF topology indeed delivers what FSP and be quiet! promises, in this section at least.

In the following tests, we measure the L11-CM-700’s efficiency at loads significantly lower than 10 percent of its maximum capacity (the lowest load the 80 PLUS standard measures). The loads we dial are 20, 40, 60, and 80W. This is important for representing when a PC is idle, with power-saving features turned on.

The fan spins at very low speeds and the unit’s efficiency is high during all four light load tests that we conduct. 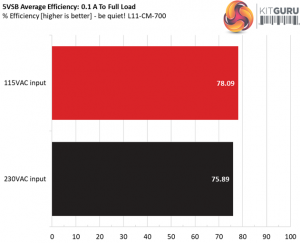 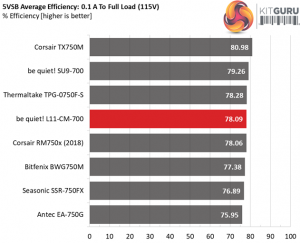 Satisfactory efficiency from the 5VSB circuit, however we know that FSP can do better here. Obviously its engineers avoided using a more advanced circuit, to keep the production cost under control. 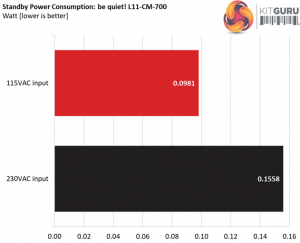 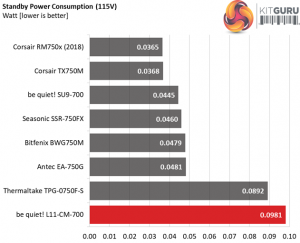 The vampire power is increased with both 115V and 230V input. 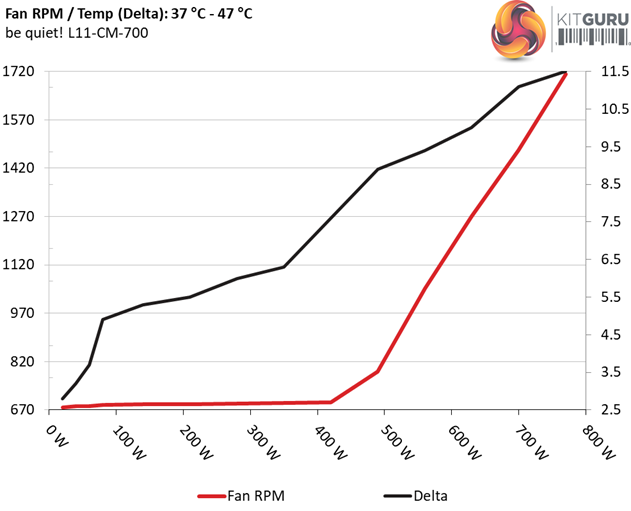 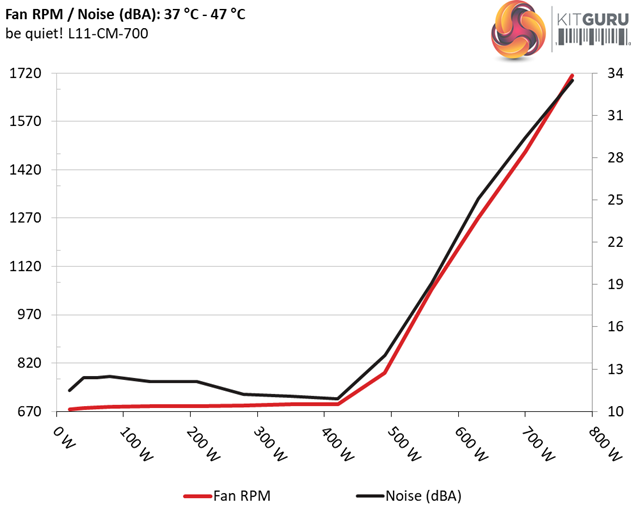 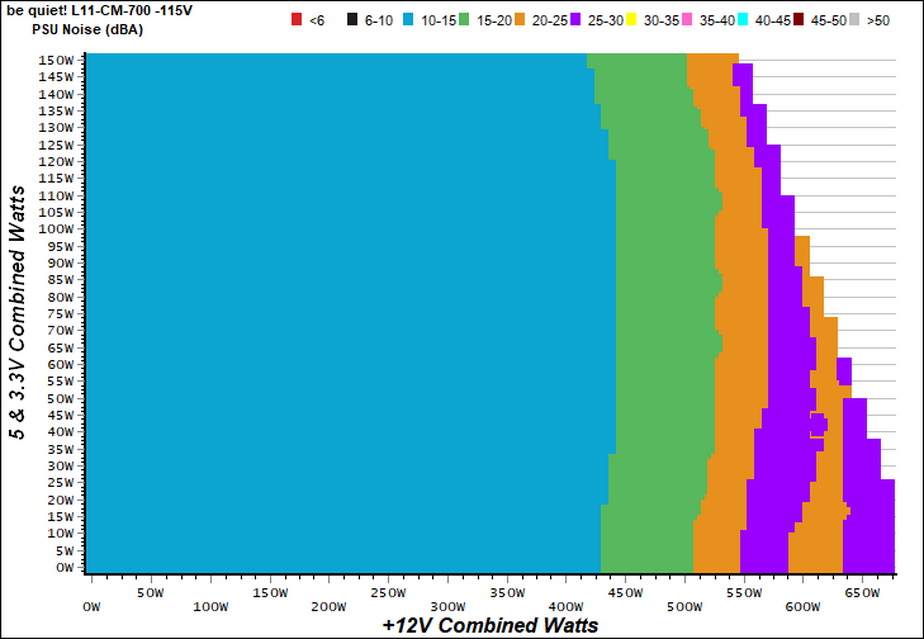 The PSU’s noise is low, throughout its entire operation range. Up to 440W the acoustics noise is within the 10-15 dB(A) range, while in the worst case scenario we measure less than 30 dB(A).