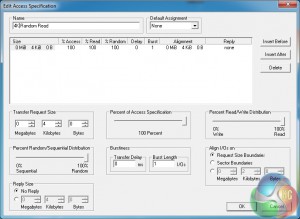 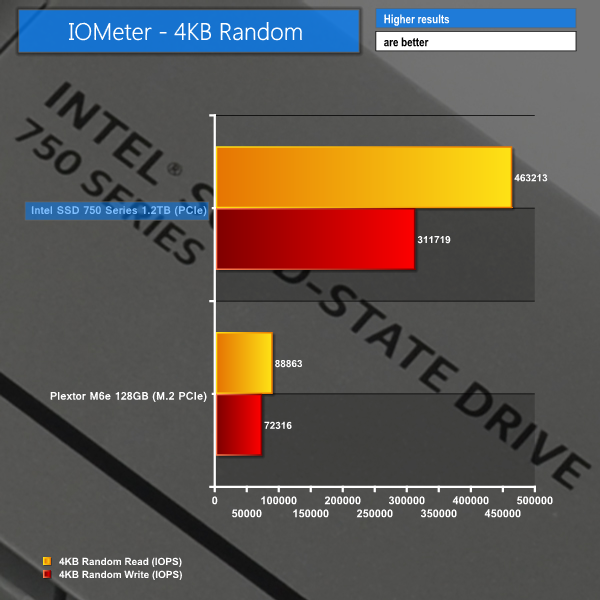 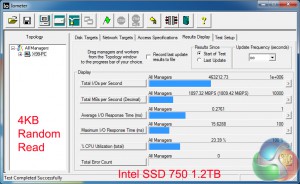 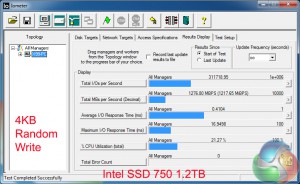 Using a queue depth of 32 (in order to test Intel’s claims), the 1.2TB SSD 750 delivers just over 460,000 IOPS for the 4K random read test and more than 310,000 IOPS for 4K random write. These are slightly higher than Intel’s reported numbers, which may be due to BIOS/driver updates. Random performance is a strength for the SSD 750 and its PCIe, NVMe controller.

Average I/O response time was in the fractions of milliseconds range for the read and write tasks. A high CPU utilisation was required to ensure that enough data was fed to the SSD for its full potential to be reached.