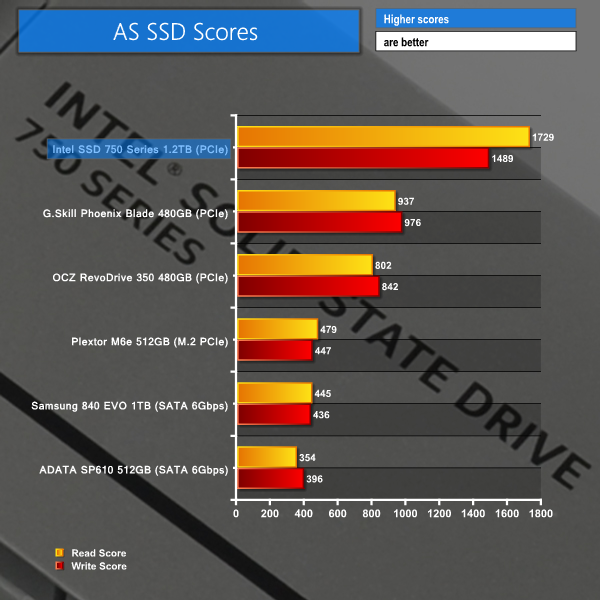 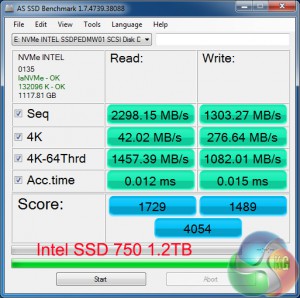 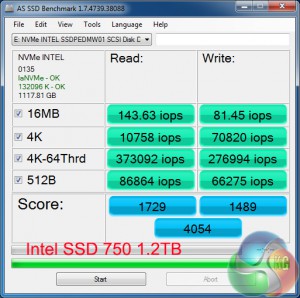 Another set of impressive performance numbers is set forward by Intel’s SSD 750. Sequential read performance lingers around the 2.3GBps-mark, while AS SSD reports more than 370,000 IOPS for its 4K-64Thrd read test.

Write performance is, again, significantly lower than the read performance. A fast M.2 PCIe drive, such as a high-capacity Samsung SM951, is likely to offer higher sequential write speeds than the SSD 750. That said, the 4K-based write performance is undeniably strong.

Access times are in the low-tens of microseconds range, which is notably faster than even G.Skill’s RAID 0 Phoenix Blade.