PCMark 8’s Consistency test provides a huge amount of performance data, so here we’ve looked a little closer at how the 1TB Force MP600 performs in each of the benchmarks test suites. 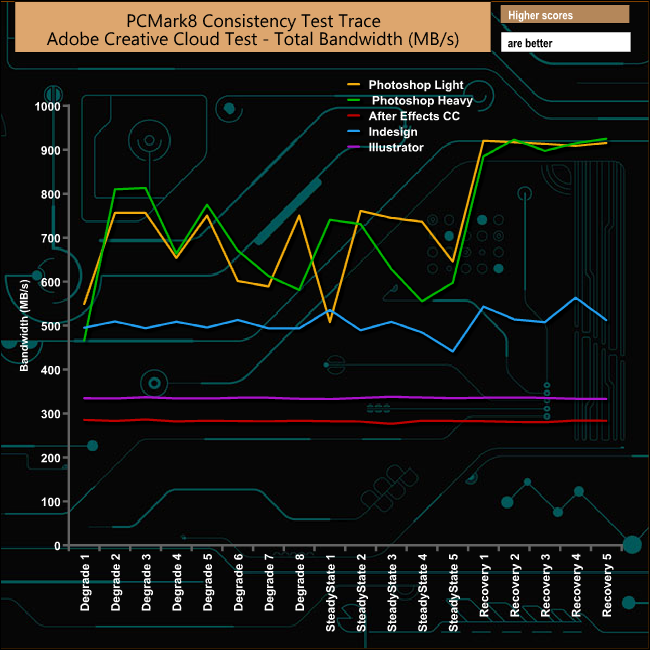 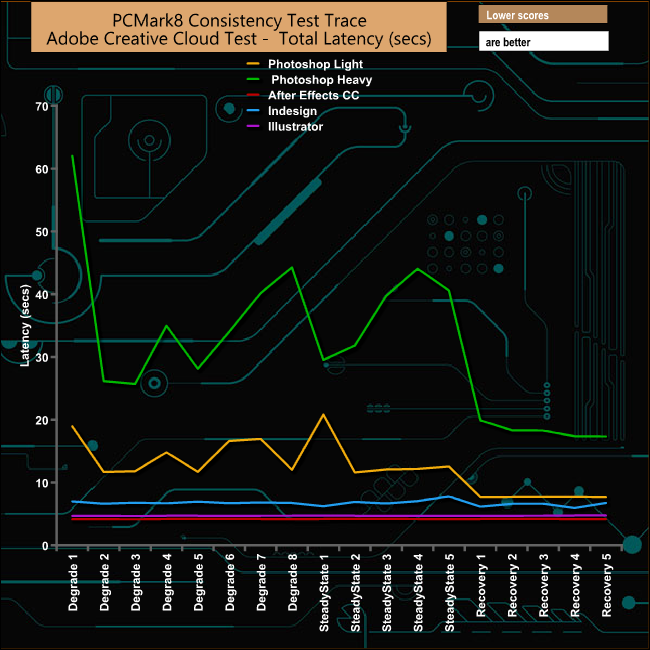 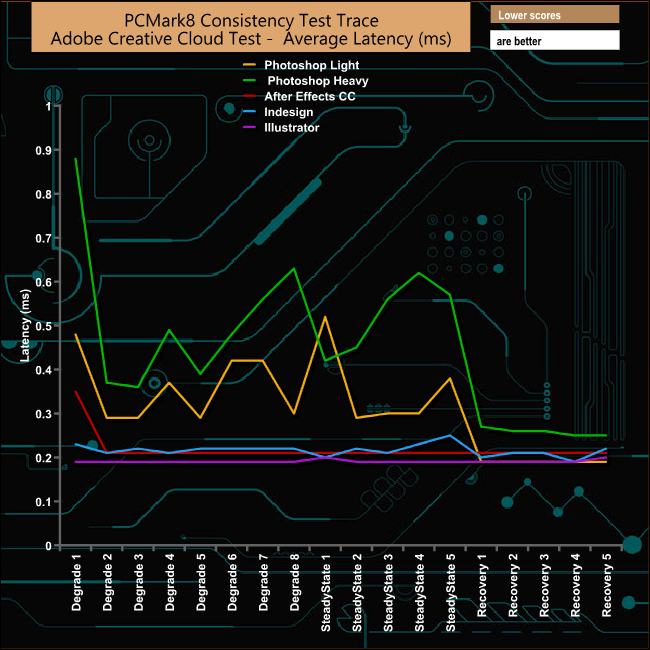 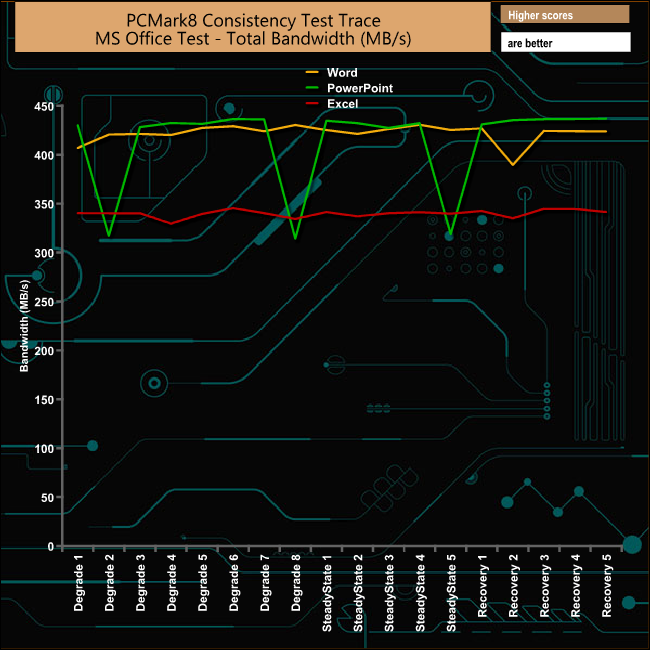 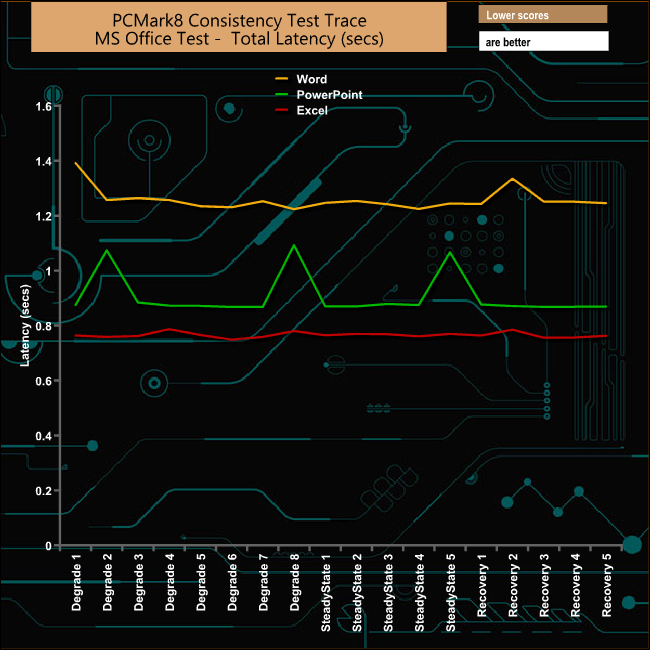 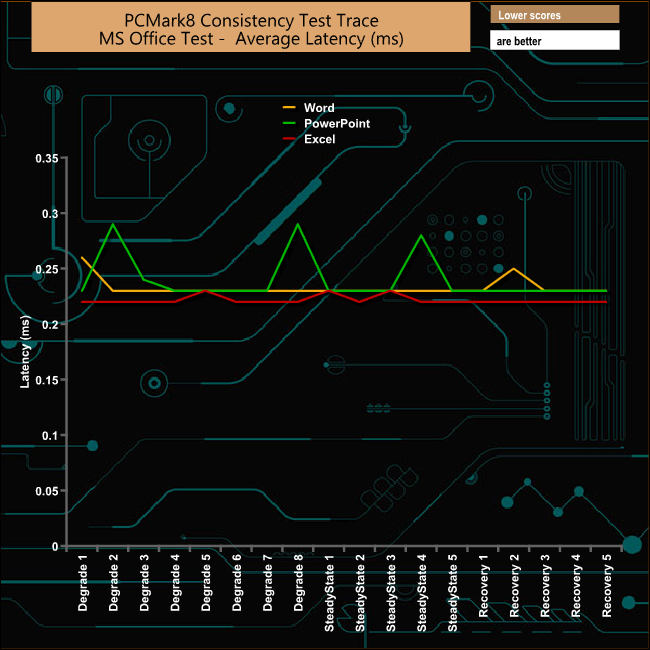 Usually in the Microsoft Office tests, it’s the Word trace that causes problems for a drive but not in this case, as the Force MP600 handles that test extremely well. No, what causes this drive to drop bandwidth is the Excel trace. There are fairly sharp drops in the second and eighth Degradation test run and the fifth and final Steady State run. However, the drive does recover reasonably well. 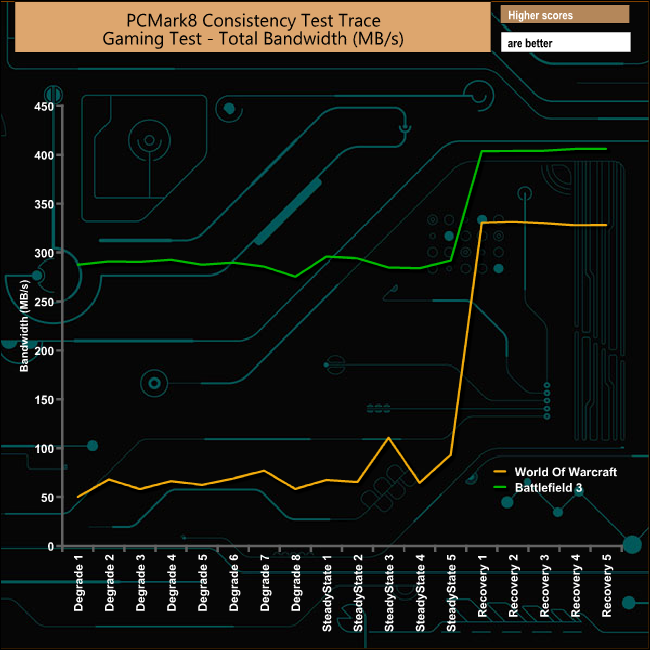 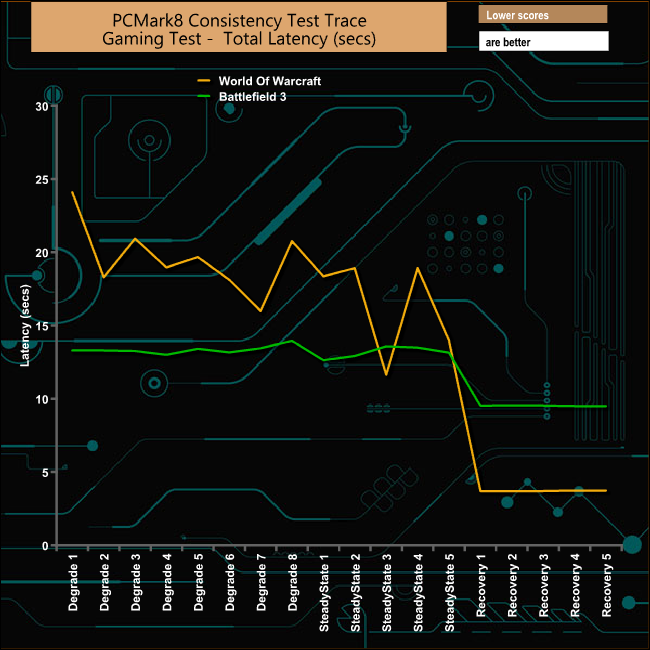 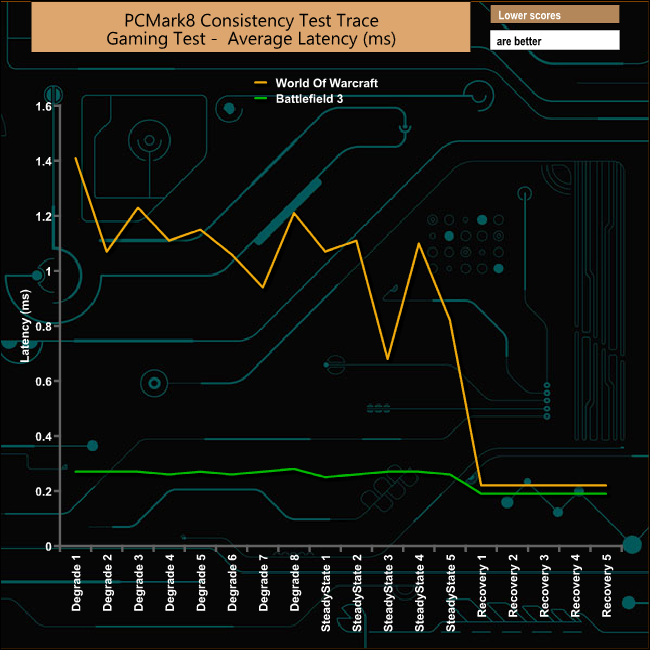 The drive handles the Battlefield 3 trace a lot more efficiently than the World of Warcraft one, which it seems to struggle with. Having said that the recovery from the WoW test is very impressive.