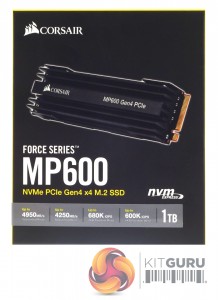 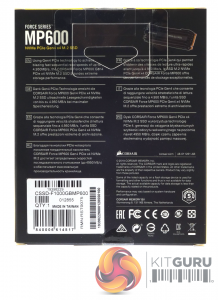 The drive comes in a fairly compact box with a clear image of the drive on the front. Under the image is a strip label with performance figures for Sequential and 4K performance as well as the drive's capacity. The rear of the box has multilingual information about the drive using a Gen4 interface. 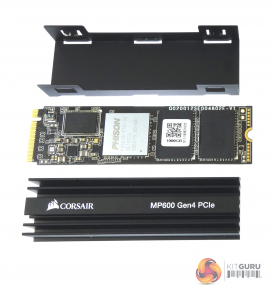 The heatsink on the MP600 has been well designed so it can be easily detached so that the drive can make use of a motherboard's own M.2 cooling system if it has one fitted or if space is at a premium. To remove the heatsink is just a matter of releasing the four clips that hold the heatsink to the backing cradle.

The 1TB MP600 is built on a double-sided M.2 2280 format. One side holds the Phison PS5016-E16 controller, a SKhynix DDR4 DRAM cache IC and two Toshiba 96-layer BiCS4 3D TLC NAND packages. The other side of the PCB holds another pair of NAND packages and a second DRAM chip. 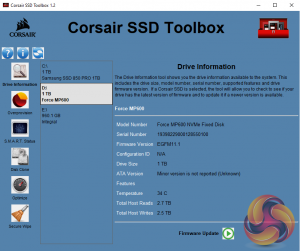 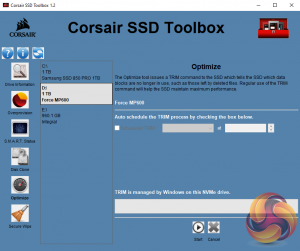 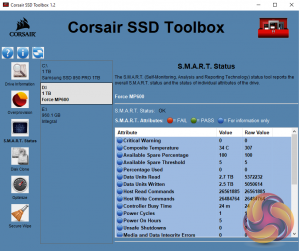 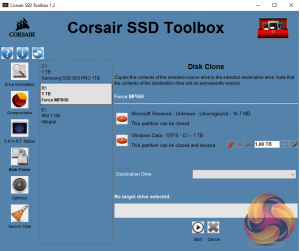 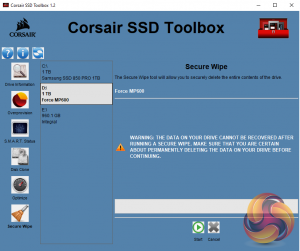