We are using version 3.5 for our NVMe disk tests but will soon move over to version 4.0 so we’ve included the results for that benchmark as well. 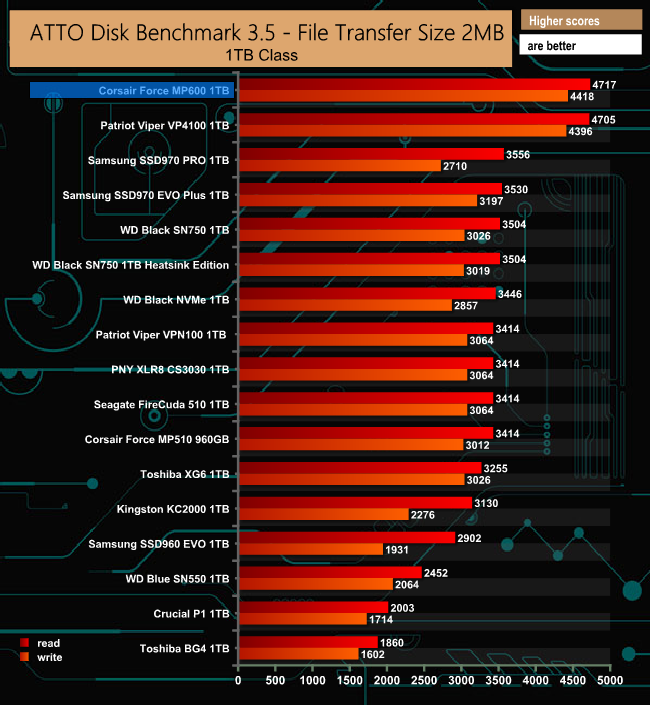 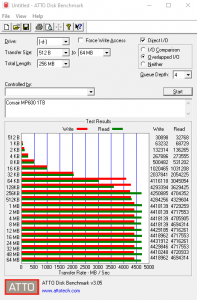 The official Sequential performance figures for the 1TB MP600 are quoted as up to 4,950MB/s for reads and up to 4,250MB/s for writes. Using the 3.5 version of the ATTO benchmark we couldn’t quite get to the maximum official read figure using a 2MB file size, the drive topping out at 4,717MB/s.

However the write test provided a figure of 4,418MB/s, some 168MB/s faster than the official write figure. 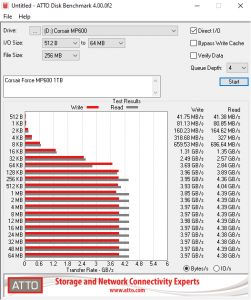 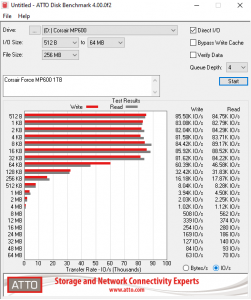 With the 4.0 version of ATTO, we still couldn’t quite to the maximum quoted sequential speeds for either reads or writes. The drive producing a read figure of 4.39GB/s with writes at 3.97GB/s.