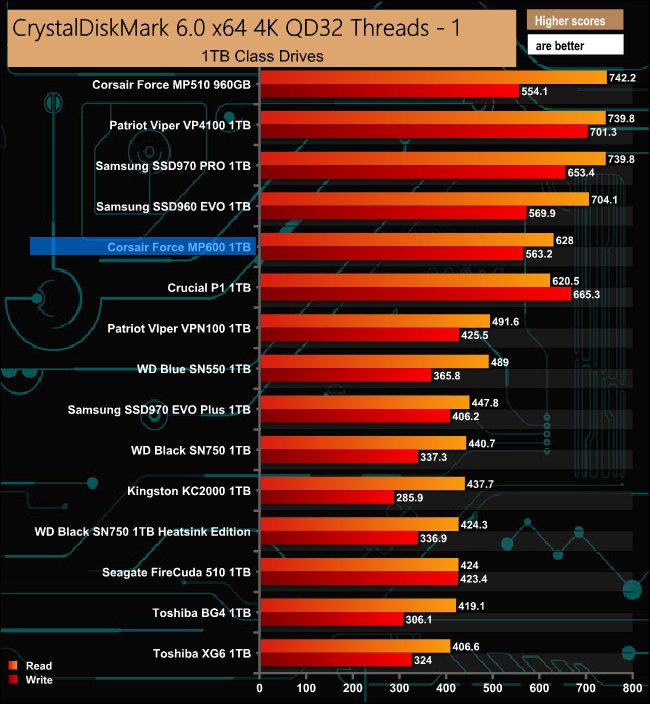 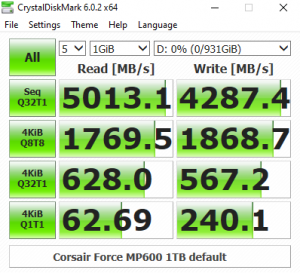 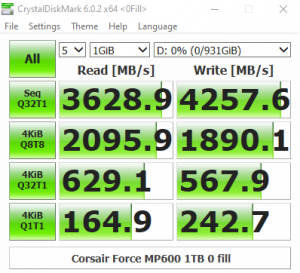 In CrystalDiskMark’s QD32 test, the Corsair Force MP600 makes it into the top 5 fastest 1TB consumer drives we have tested to date, but it’s not as fast as the other Gen4 drive we’ve tested, Patriot’s Viper VP4100. 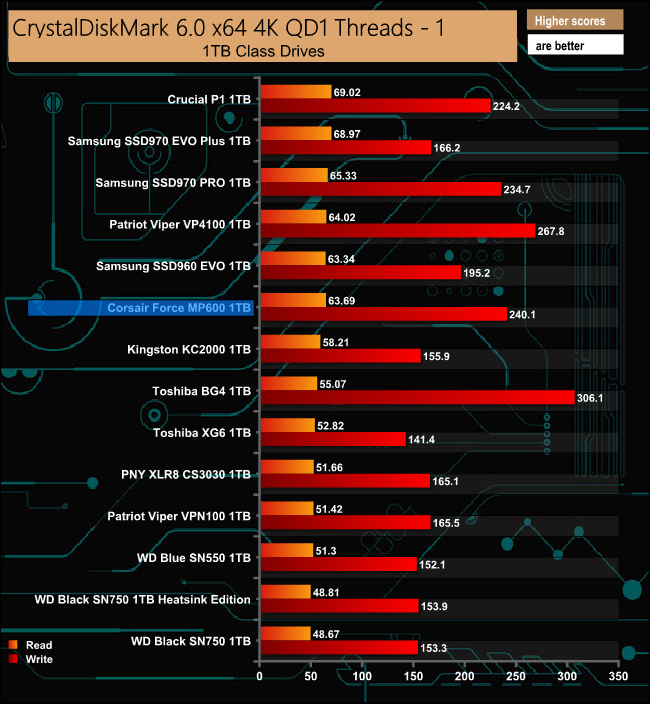 At a queue depth of 1, the Gen4 Viper VP4100 just has the edge over the MP600 when it comes to writes in CrystalDiskMark. 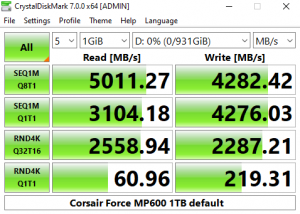 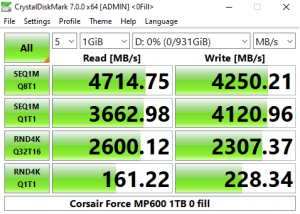 We have just started to test drives with version 7 of CrystalDiskMark. 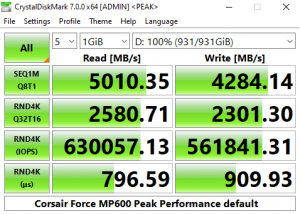 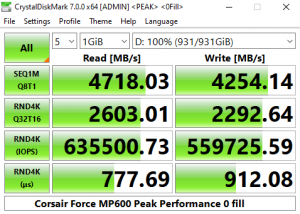 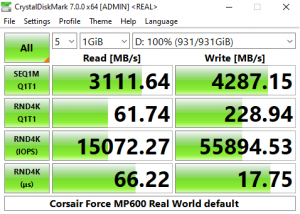 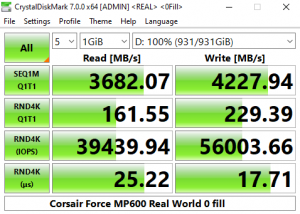 The latest version of CrystalDiskMark includes a couple of profiles that can be used for testing, Peak Performance and Real World. The result screens for these two profiles not only display MB/s results but also IOPS and latency.

Looking at the Peak Performance results for Sequential read/write performance we see that it confirms the official figures for the Force MP600 of 4.950MB/s and 4,250MB/s respectively.