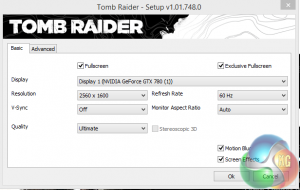 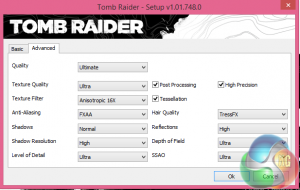 We cranked the image quality settings to ULTIMATE, the maximum possible. 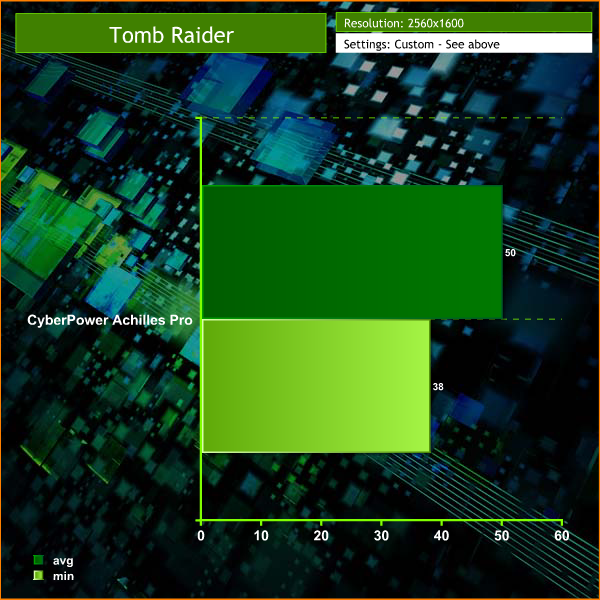 No problems maintaining frame rates close to 40 at all times, even at these demanding settings. Great results.