Inside the device Acer included a quad-core MediaTek MT6582 processor, clocked at 1.3 GHz. This is an interesting choice to go with – a departure from the trusty Snapdragon processors found in most devices. Backing up the CPU is 2GB of RAM and a Mali-400MP2 GPU. 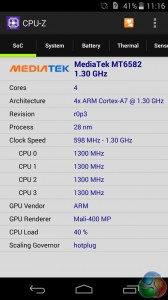 The performance of the Liquid Jade follows a similar pattern to the rest of the device.

In real-world use it’ll get you by, with some multi-tasking ability and is mostly responsive to your touch. However, don’t expect to be able to effortlessly switch between more than 10 open apps – which the ZenFone 6 handled with ease – as the Liquid Jade struggles with all but the lightest of multi-tasking.

Apps, too, can be slow to open and when they do performance can be unsatisfactory – Games we played such as Temple Run 2 had some occasional issues, particularly with a few apps open in the background. 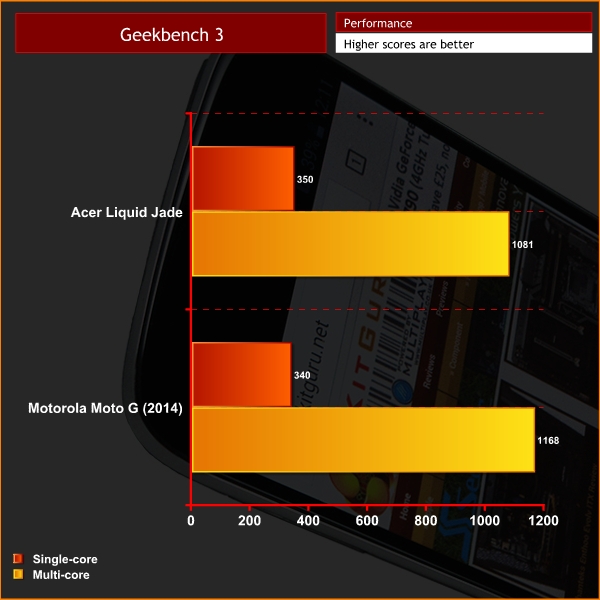 In the benchmarks, Acer’s device didn’t fare too badly. In Geekbench 3, the Liquid Jade scored 350 for its single-core performance and 1081 for its multi-core performance. This is very similar to the Moto G (2014)’s scores of 340 and 1168, despite the Moto having far stronger real-world performance – something we found surprising. 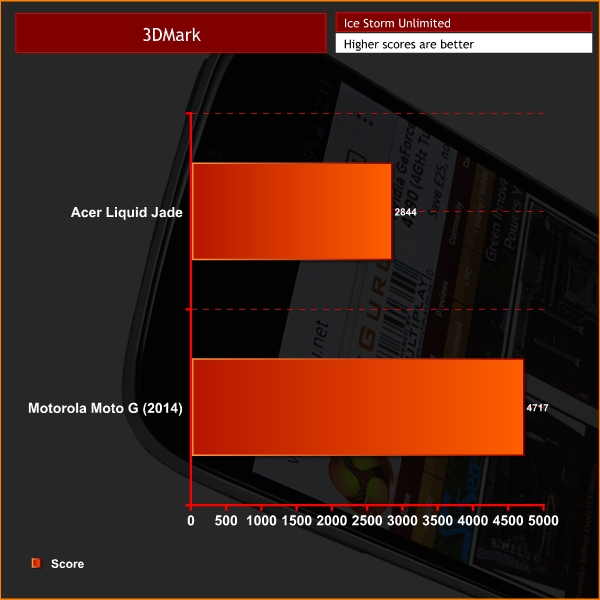 When it came to 3DMark’s Ice Storm Unlimited test, however, the Liquid Jade fell behind, posting 2844 to the Moto G’s 4717.