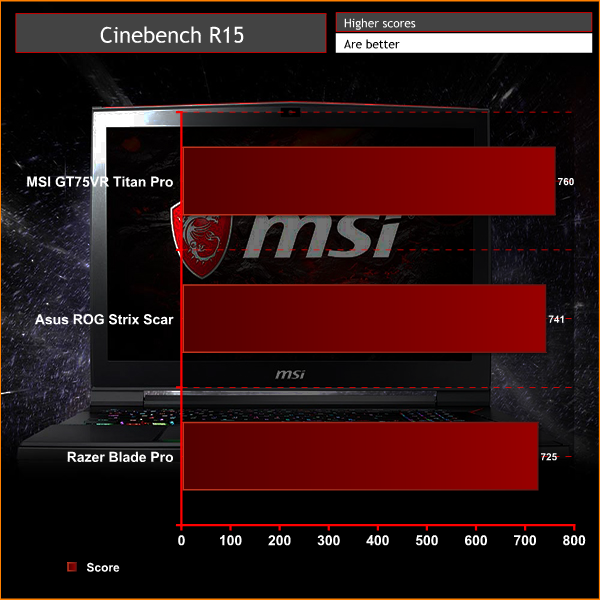 With essentially the fastest laptop CPU you can buy onboard, it’s no surprise the GT75VR puts in an impressive performance in our Cinebench test. Its multi-core score of 747 is among the fastest we’ve seen for laptops using this processor and its single-core score of 163 is mighty nippy too.

Meanwhile, comparing to desktop chips, there is a noticeable step up to the likes of the 7700K – which is to be expected given their relative clock speeds – but this is somewhat academic as there’s more than enough performance here for any gaming use, especially given the relative limitation of a 120Hz screen.