Another industry-standard benchmark, 3DMark provides a number of different tests for taxing graphics cards and emulating different gaming challenges. We use the Firestrike and Firestrike Extreme tests, which run the same test but at two different resolutions: 1080p and 1440p. 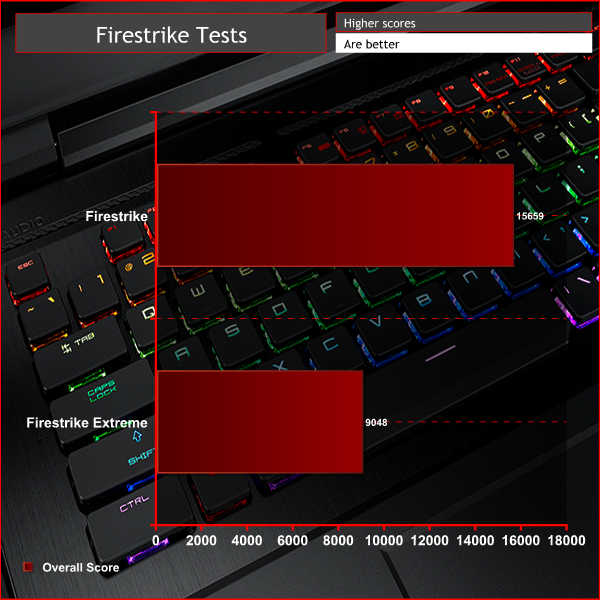 Thanks to its mighty Nvidia GeForce GTX 1080 graphics card, this laptop blitzes our 3DMark tests.

Its overall score of 15659 is not the absolute highest we’ve seen but it’s still a huge figure. Likewise the even more demanding FireStrike Extreme test where a score of 9048 is there or thereabouts with other GTX 1080-equipped laptops.

Next up we ran some real-world gaming tests, using Deus Ex: Mankind Divided and Rise of the Tomb Raider. We tested at 1080p resolution then bumped up the in-game detail settings from High to Very High. We used each game’s in-built benchmark. 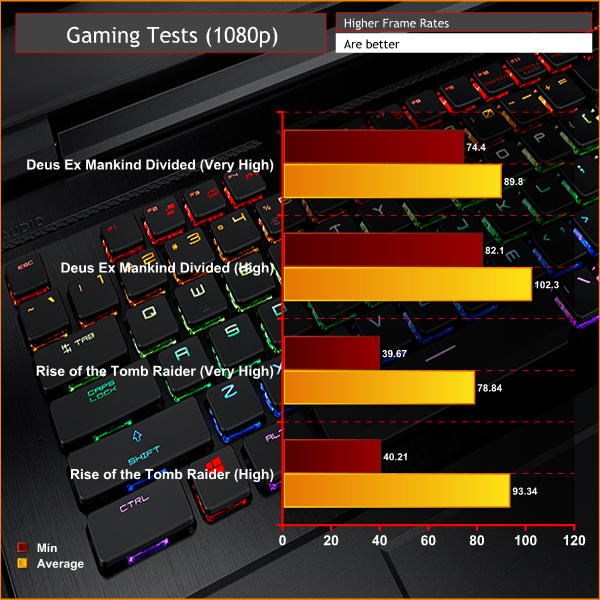 This laptop made mincemeat of Deus-Ex: Mankind Divided and Rise of the Tomb Raider despite them being two of the latest, most graphically demanding games available.

In the former title, at 1080p with detail settings on medium, you’ll get over 100fps average while at High settings it’ll still hit over 75fps. It’s a similar story with Tomb Raider. Nearly 100fps is achievable at high detail settings and at ultra detail you’re still getting nearly 90fps.

As alluded to early, the GTX 1080 is almost overkill for this screen resolution. Neither of these games quite hit 120Hz at 1080p but plenty of less demanding titles will and most eSports titles will be delivering well beyond this figure.