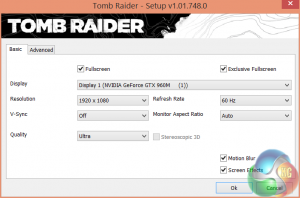 We test at the native 1080p resolution of the panel with ULTRA image quality settings enabled. 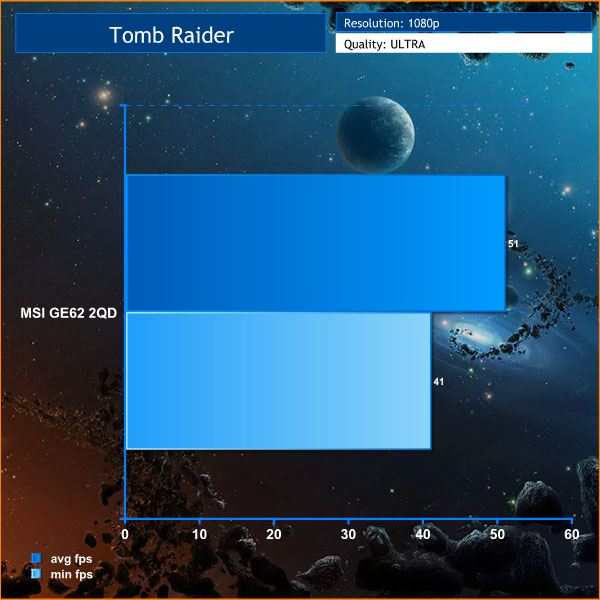 Performance at 1080p is very good, holding a 51 average frame rate – this is perfectly playable. This game is also playable at ULTIMATE image quality settings too on the MSI GE62 2QD, although the engine frame rate drops below 30 a couple of times, which may annoy some gamers.