On May 22, 2014, a Redux version of Metro Last Light was announced. It was released on August 26, 2014 in North America and August 29, 2014 in Europe for the PC, PlayStation 4 and Xbox One. Redux adds all the DLC and graphical improvements. A compilation package, titled Metro Redux, was released at the same time which includes Last Light and 2033. (Wikipedia). We test with following settings at 1920×1080: quality medium, SSAA on, 16AF, Tessellation NORMAL, VSYNC off and Advanced PhysX off. 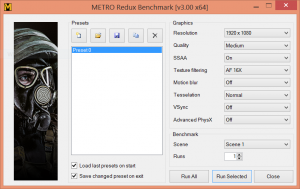 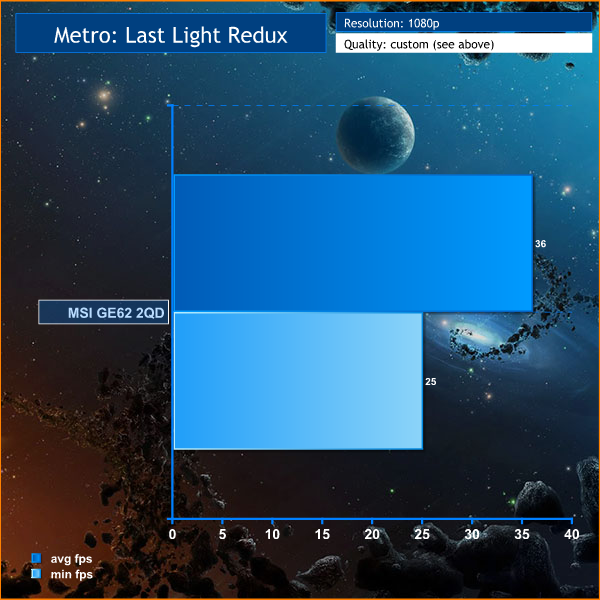 These are very good results, especially considering the fact that SSAA is enabled. I would consider this playable, but some people may prefer to reduce the image quality settings further to improve the minimum frame rate.