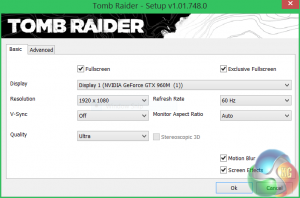 We test at the native 1080p resolution of the panel with ULTRA settings. 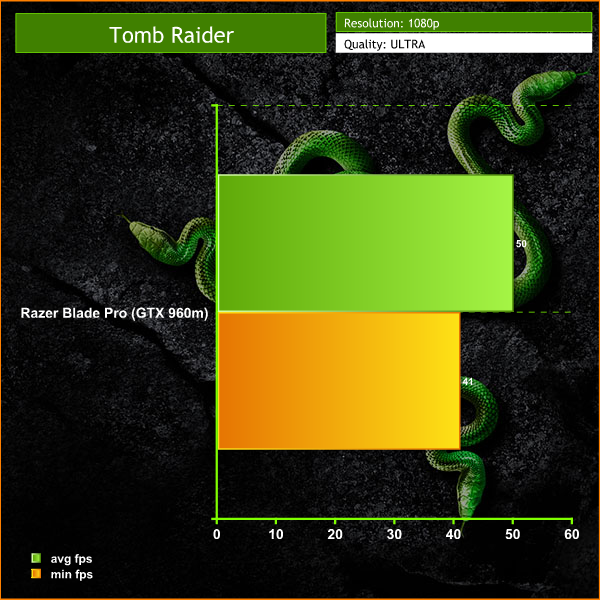 Performance at 1080p is quite good, holding a 32 average frame rate. Dropping the image quality settings further would enhance the performance.