On May 22, 2014, a Redux version of Metro Last Light was announced. It was released on August 26, 2014 in North America and August 29, 2014 in Europe for the PC, PlayStation 4 and Xbox One. Redux adds all the DLC and graphical improvements. A compilation package, titled Metro Redux, was released at the same time which includes Last Light and 2033. (Wikipedia). We test with following settings at 1920×1080: quality medium, SSAA off, 4AF, Tessellation NORMAL, VSYNC off and Advanced PhysX off. 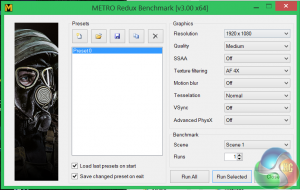 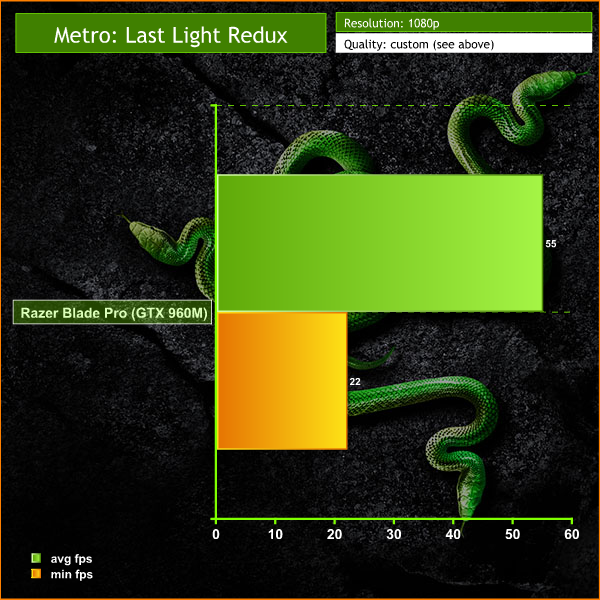 This is an incredibly demanding engine, especially at full HD resolutions. That said, the Razer Blade Pro is able to maintain smooth frame rates throughout, dropping only once below the 25 fps point. A little more tweaking with some of the image quality settings would smooth this out.