The tests were performed in a controlled air conditioned room with temperatures maintained at a constant 23c – a comfortable environment for the majority of people reading this.Idle temperatures were measured after sitting at the desktop for 30 minutes.

Load measurements were acquired by playing Tomb Raider for 30 minutes and measuring the peak temperature. All fan settings were left on automatic. 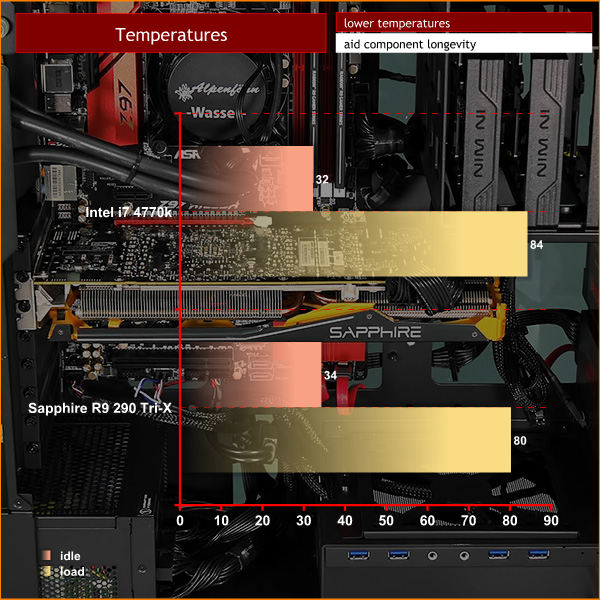 The Razer Blade Pro runs much cooler than the smaller 14 inch model. The Intel Core i7 4720HQ runs around 17c cooler under load than the same processor inside the 14 inch chassis. The processor does not throttle.

To test the real world impact of heat I looped 3DMark and measured temperatures on the keyboard of the laptop with our Fluke Visual IR Thermometer/Infrared Thermal Camera. This is a real world running environment.

Details on each test are shown below. (To compare, head to THIS page to see thermal testing of the Razer Blade 14 (2015). 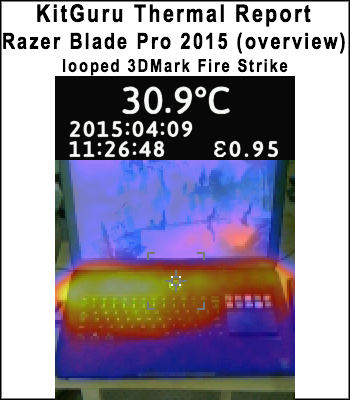 The chassis feels quite cool to the touch, even after 15 minutes of looped synthetic stress tests. This is around 13c cooler than the 14 inch Blade. Staggering differences. 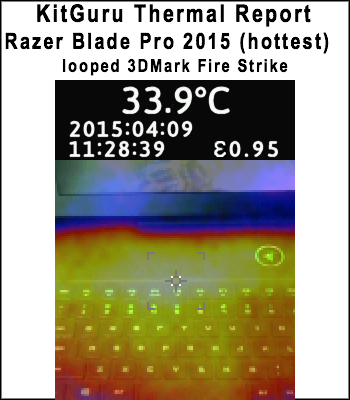 After 30 minutes, we measured the hottest spot on chassis – close to the F5 and F6 keys. It measured 34C. By comparison the Razer Blade 14 was around 48c in the top corners. 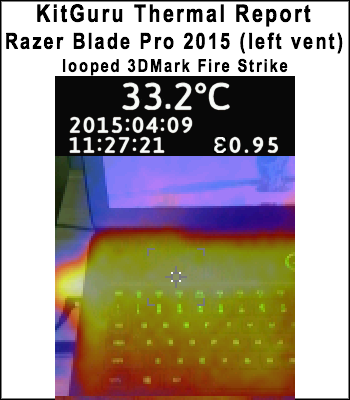 The Core i7 cooler is positioned top left (from above) and warm air is expelled out the side of the chassis – captured in the thermal image above. Temperatures measured up to 33c in this area. 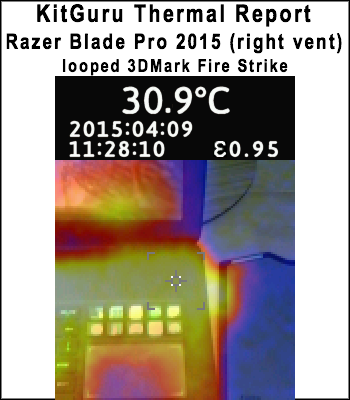 The GTX960M cooler is positioned top right (from above) and warm air is expelled out the side of the chassis – captured in the thermal image above. Temperatures measured up to 31c in this area.