The BT Home Hub in its various forms can be found in millions of houses across the UK, so we thought we should include the latest iteration in our testing as a reference. The most recent version, which is the sixth incarnation, is considered so special by BT that it has changed its name to Smart Hub.

It doesn’t use mesh networking, like the other contenders in this review, so isn’t quite a direct comparison. But BT claims it can cover an entire house like none of its competitors, so we really had to put that to the test. 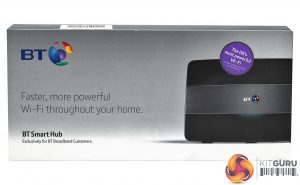 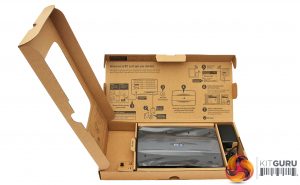 The BT Smart Hub’s box is decidely skinny, because so is the router inside. In fact, it’s designed to fit through a letter box so you don’t have to be in when it’s delivered in the mail. Apart from the device itself and its external power supply, plus some documentation, there’s nothing else included. So you will need to add your own Ethernet cable to hook up any wired LAN devices. 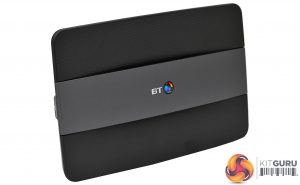 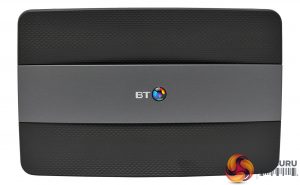 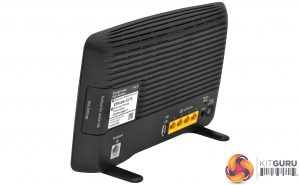 The router is designed to sit upright, and two feet pop out on springs as soon as you take it out of the box. But this is still a relatively unobtrusive router. 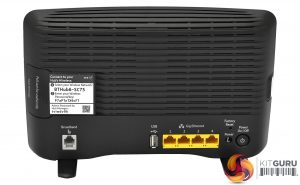 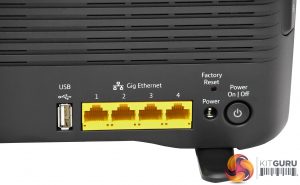 Since the BT Smart Hub is meant to work with BT Broadband only, it has an ADSL modem built in, which means it connects directly to your phone line via RJ-11 rather than having any kind of modem in between. It therefore won’t work with cable broadband. Otherwise, it has four Gigabit Ethernet ports and a USB 3.0 connection.

This is a dual-band router, so it offers 5GHz and 2.4GHz radios. BT doesn’t state the throughput rating, but you get 3×3 antennas for 2.4GHz signals and 4×4 antennas for 5GHz, so BT quotes the Smart Hub as having seven antennas in total. It was initially released at just £50 for existing customers, which was potentially a bit of a bargain, and even at more recent higher prices it has good value credentials. But the question is how it can compare with the mesh networking products on test here.