Now that Google is combating the Amazon Echo with its own voice-controlled assistant Google Home, it makes sense that Google is also hoping to provide the WiFi in your house too. This, rather unsurprisingly, is called Google Wi-Fi. 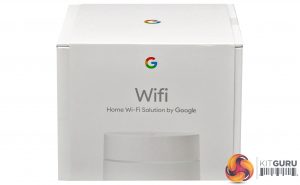 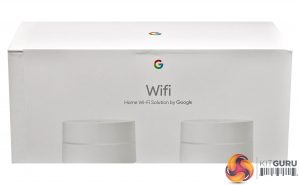 You can buy two versions of Google WiFi at the moment – a single access point, or two-pack. The former is obviously not a mesh networking setup, but the second is. We looked at both for comparison. 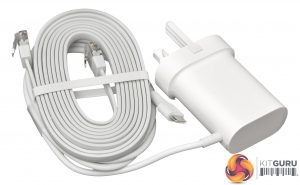 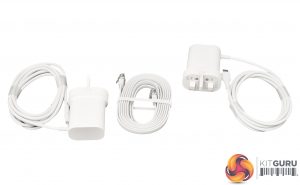 Whether you opt for the single or dual package, you still only get one 1.8m Ethernet cable in the box. Otherwise, you get one or two of the little round units and a power brick for each. The power brick is very clever in design, using a slide-out earth pin so it is very flat when not in use. It also uses a USB C interface, so in theory any USB C power could be provided instead. 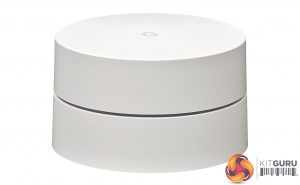 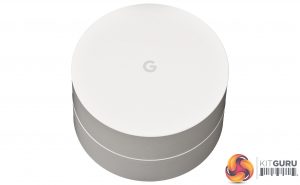 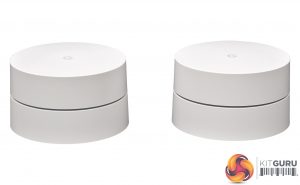 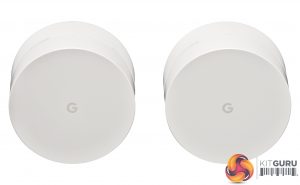 The Google WiFi units are quite cute and small. They are well designed to be inobtrusive around your house, with just a mild blue glow from the gap in the middle when they’re turned on. 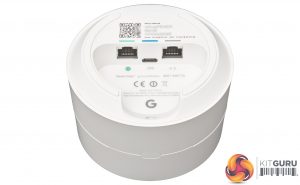 Each unit has two Gigabit Ethernet ports. One unit will need to be connected to the broadband via an Ethernet port, but the other can act as a bridge to a couple of wired client devices. There’s no USB for connecting external storage.

Like the BT Whole Home Wi-Fi, each Google WiFi unit is merely dual band, with a 2×2 Wave 2 antenna setup and both 5GHz and 2.4GHz radios. However, the units are only rated at AC1200, made up of 866Mbits/sec of 802.11ac and 400Mbits/sec 802.11n. With the limited antenna configuration the performance is likely to be behind some of the other contenders in this article