Assessing this monitor isn’t just about its baseline image quality, as it has so much more to offer than that. First up is its 4K resolution.

Having 3,840 x 2,160 pixels on a screen this size is nothing new but it’s worth going over what this does and does not bring to the table. Most obviously, having so many pixels means you need to use Windows’ scaling options to make things more readable.

This setting defaults to 150% and sure enough this is what we’d recommend. This results in an equivalent working resolution of 2,560 x 1,440, which is a standard resolution for a 27-inch display. 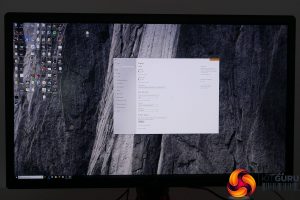 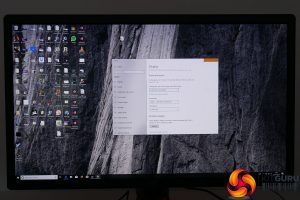 Of course, the big downside here is that you’re paying all that money for all those extra pixels and yet in general desktop use you don’t benefit from a larger desktop space. If your idea of the ultimate monitor upgrade is to also get a bigger display that means you can do more with it, then the PG27UQ doesn’t deliver that. 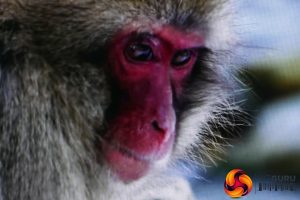 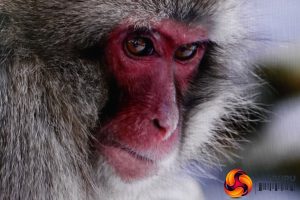 Instead, what you do get is the benefit of those extra pixels for things like watching video, editing pictures and even small things like the thumbnails for YouTube videos are much sharper.

Just be aware that sometimes Windows scaling does mess up and apps, such as EA Origin, will appear really small, while some others won’t scale well and look soft and blurry.

This also applies to gaming on this screen. Play at the native 4K resolution and games look amazingly sharp but if your graphics card can’t deliver the frame rate to run at this resolution things aren’t so good. While the screen can still run games at a lower resolution, they definitely don’t look as good as they would if running on a screen with that native resolution. There’s a softness to the image that can be distracting, particularly for competitive gaming.

For instance, in our testing we tended to prefer playing the likes of PlayerUnknown’s Battlegrounds – a game that even a GTX 1080 Ti struggles to play at 4K – on the Asus PG278Q. It looked sharper and felt more responsive. The PG27UQ has a decent 4ms response time but 1ms TN monitors are still objectively better for competitive gaming. 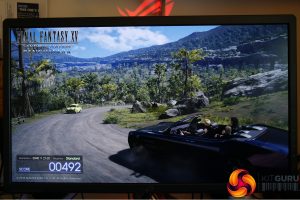 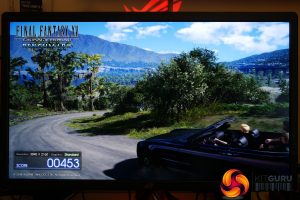 Nonetheless, when the rest of your system can deliver the frames, this display delivers the goods. Some people remain unconvinced that there’s much of a difference between 60Hz and 144Hz but to the rest of us the difference is like night and day. As such, being able to play at a razer sharp 4K resolution and at 144Hz is quite something.

Sure, it’s unlikely to help you in competitive gaming, but even for slower-paced single-player games like The Witcher or Hitman the extra smoothness makes for a vastly more enjoyable time.

That is only furthered when you factor in the presence of G-Sync. This means that not only are you getting a sharp image and fast frame rate but there’s no image-tearing or stutter. It is a truly fantastic gaming experience.

All of that and we’ve not even touched on HDR, which in some ways is both the most and least important feature of this display. It’s the most important because the 384 zone full array local dimming is the most expensive aspect of the screen and when it works it looks incredible.

The huge difference between the brightest and darkest parts of the image adds so much depth while the extended colour range makes video, in particular, look almost disconcertingly real.

So vivid do colours look that at first you think they are wrong but, once you get your head round it, you realise that’s how all video should look. 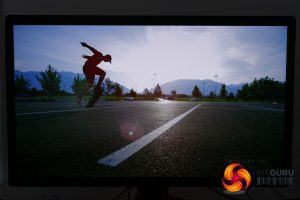 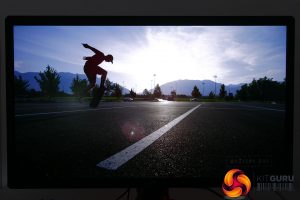 Umpteen monitors we’ve previously seen have claimed HDR support but this is the first one to truly deliver on all of the promise. The contrast, the vividness of colours but also the restraint and accuracy in the image all come together to create something that truly feels like the next step in video and gaming fidelity.

However, the reason HDR is also the least important part of this monitor is that right now HDR support is so weak.

For video there’s a growing level of support, though often the HDR version of films and TV shows aren’t necessarily accessible through your computer. Meanwhile support in gaming is even worse.

There are a few big name exceptions such as Battlefield 1, Star Wars: Battlefront 2, Hitman and final Fantasy XV but the list isn’t growing all that rapidly and it still doesn’t quite feel like there’s that one big hit to really make you want to go out and buy a display like this.

That said, that support will come, even if it might be another year from now before you can regularly expect to get HDR support in a decent number of the latest games.

What isn’t in doubt, though, is that this display is a clear cut above any other display out there when it comes to delivering true HDR. The promise of full array local dimming backlights on monitors has been talked about for years and finally it has been realised in the PG27UQ.

There are just a couple of final things to note, however. This display can’t deliver true 10-bit colour HDR above 98Hz but instead drops to 8-bit with dithering for higher frame rates. Considering HDR is not the sort of feature we’d turn on for competitive gaming, this seems like a perfectly reasonable compromise as 98Hz is ample for a smooth single-player gaming experience.

Also, while this display can do an excellent job with certain light-on-dark, high-contrast scenarios, it can only go so far. For things like stars in a night sky or fireworks, the sheer number of tiny, bright lights is too much for the backlight to deal with. After all, each zone is still illuminating 21,600 pixels so it can only do so much to distinguish between light and dark areas. You’ll have to look to the likes of OLED displays to get that true pixel-to-pixel HDR.