We tested the peak power consumption of a NAS at the wall during a run of CrystalDiskMark 5.0.2  as this version of the benchmark runs the read and write benchmark suites separately so it’s easier to monitor what power the device is using during each function. 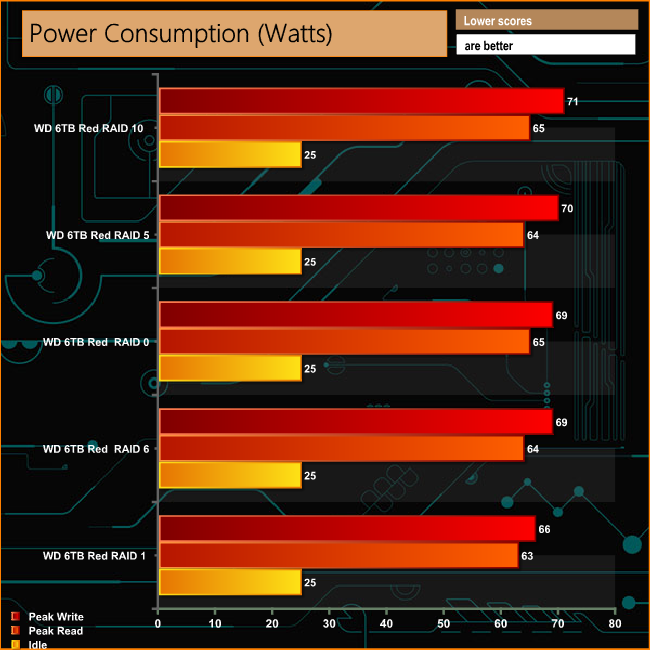 The AS6208T uses around 70W of power when being pushed hard writing to the disks and around 64W when in peak read mode. For a device with eight hard drives in that’s pretty good but having a CPU with a TDP of just 6W and using hard drives with an active rating of just 5.3W does help keep the peak power figures down.