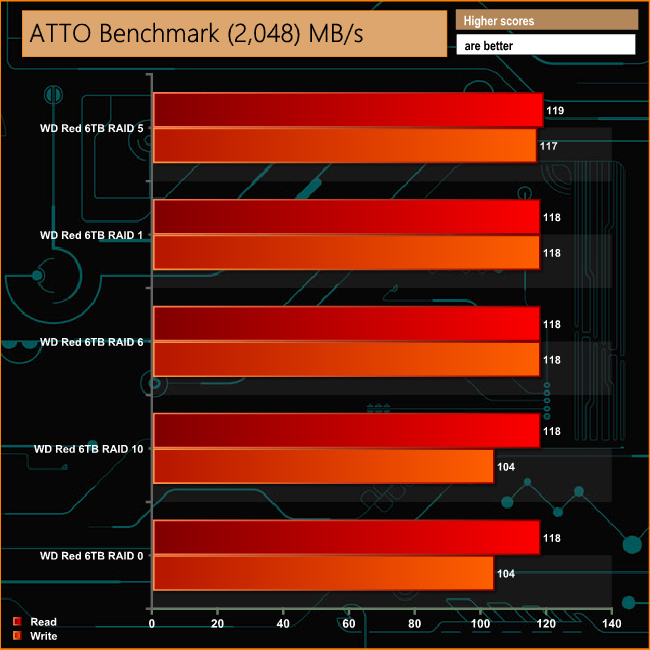 Using the ATTO benchmark we could not only confirm those single port figures for RAID 5 Sequential performance but saw a very small increase on the official figures at 119MB/s for reads and 117MB/s for writes.

The only two occasions that we saw figures below the official single connection rates was in the write performance for both RAID 0 and RAID 10.