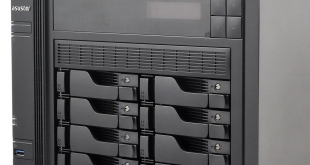 We've already looked at one of Asustor's AS620*T family of NAS units, the 4-bay AS6204T, but now we've got our hands on its much larger sibling, the 8-bay AS6208T. The AS620*T series sits under Asustor's Power User to Business banner with the AS6208T sitting firmly in the latter camp. 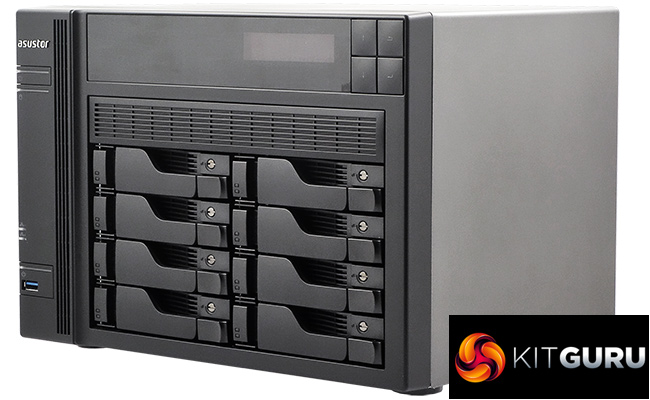 The Asustor AS6208T is powered by an Intel Celeron J3160 quad-core processor which has a base frequency of 1.60GHz which climbs to a 2.4GHz burst frequency. Backing this up is 4GB of DDR3L memory which is expandable up to a maximum of 8GB via two SO-DIMM slots.

It has an integrated hardware AES-NI encryption engine as well as an acceleration engine which supports H.264 (AVC), H.265 (HEVC), MPEG-4 Part 2, MPEG-2 and VC-1 formats.

Asustor quote headline performance figures for the AS6208T at 398MB/s for reads and 355MB/s for writes over RAID 5. But as they say, the devil is in the detail. This headline figure is with all four Ethernet ports being used in Link Aggregation mode.