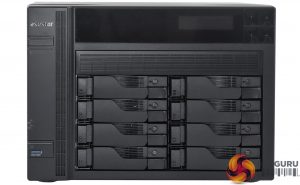 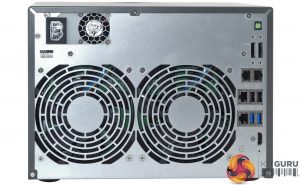 Having said that it comes in a large box, the AS6208T is actually pretty compact for an eight bay NAS, thanks to having its eight bays laid out in horizontally in two banks of four.

Sitting above the drive bay housing is an LCD screen which displays information on the state of the NAS during the bootup sequence and then deactivates once the NAS has started. The screen and the four menu buttons next to it can also be used to initialise the NAS.

The rear panel is dominated by the pair of grills for the two 120mm cooling fans. Above the left-hand grill is the small 40mm fan for the internal Delta Electronics DPS-250AB 240W power unit which sits on top of the drive cage.

Despite the small size of the power supply fan it is very quiet in operation as are the two YS Tech FD121225HB main cooling fans. The FD121225HB is a twin ball bearing design rated at 2,600rpm with a quoted noise level of 44 dBA.

To the right of the main grills sit a host of ports which give an idea of what the AS6208T can be used for. For starters, there are four Gigabit Ethernet ports, all supporting Link Aggregation, a pair each of USB2.0, USB 3.0 and eSATA ports. Joining these are single S/PDIF and HDMI 1.4b ports. 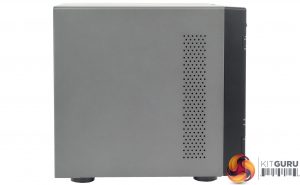 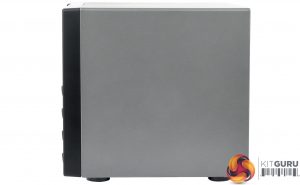 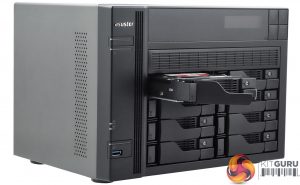 The drive trays have a nod to physical security in the fact they have locks on the bay doors which use a flat headed screwdriver to lock them, not as secure as using an actual key, but much better than having no lock at all.

Each tray has is own LED activity LED built into the front door. 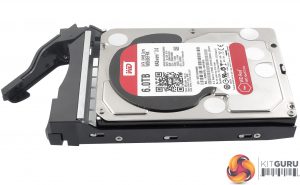 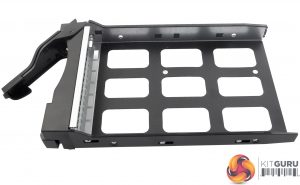 The trays have a good build quality to them, being constructed from metal with a decent plastic used for the doors. 3.5in drives are held in place by screws in the tray sides while 2.5in drives the screw holes in the base of the tray.

Asustor provide enough screws to mount eight of either size of drive. 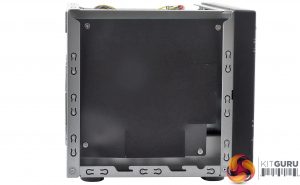 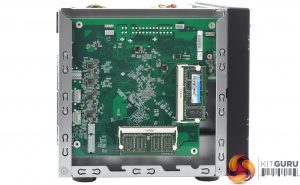 If you need to increase the memory in the AS6208T it is a really straightforward job. Once the cover is removed you are confronted by a black cover which hides the back of the motherboard.

This cover is cut to allow the memory modules to be replaced (the two SO-DIMM slots can hold up to 4GB of memory each), but it’s a lot less fiddly if you undo the four screws that hold the cover on and remove it.