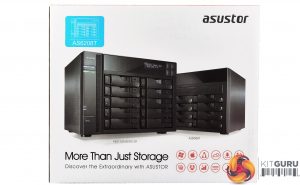 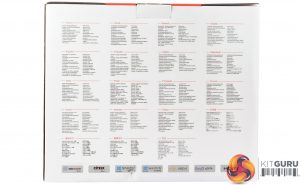 As you might imagine, an eight bay NAS ships in a rather large box. The front of the box oddly has images of the AS5008T eight bay NAS and the AS5110T/AS7010T ten bay NAS with just a sticker showing an outline image of the AS6208T.

The bottom right-hand side of the box displays a group of icons representing what the device supports and can be used for. The rear of the box has multilingual lists of some of the services and functions the AS6208T supports. 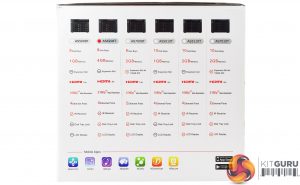 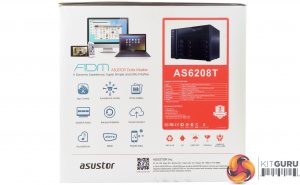 One side of the box displays images and specifications for the eight and ten bay Asustor NAS models that are currently available, the only one missing is the flagship of the AS620*T range, the AS6210T.

The other box side displays a more detailed specification box for the AS6208T and a list of what is the box. There’s also a graphic of some of the ADM (Asustor Data Master) OS features. 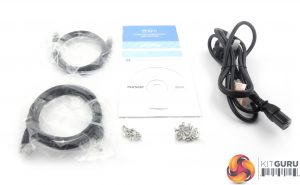 The box bundle is small but everything you need to get started with the AS6208T is included; a pair of Cat 5e Ethernet cables, an installation CD and two full sets of screws to secure eight 3.5in or 2.5in drives.