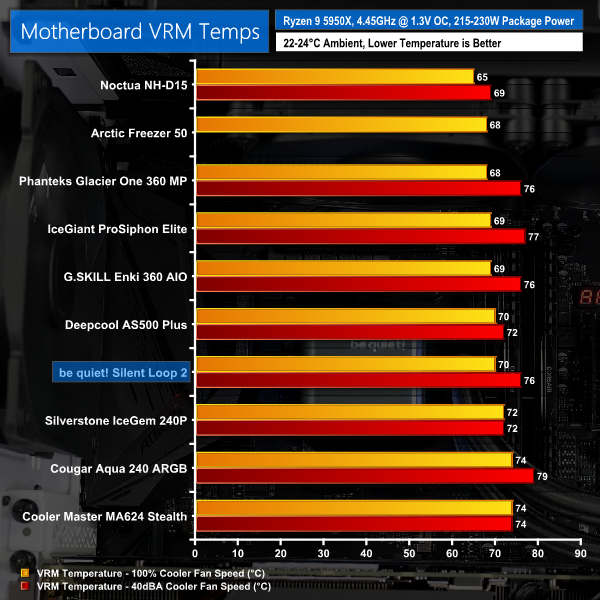 If we now look at VRM temperatures when running our manually overclocked test at full fan speed, the Silent Loop 2 is sub-par. Of course, this is heavily influenced by radiator and therefore fan positioning inside one’s chassis. As well as the specific design and positioning of one’s motherboard VRM heatsink.

With all of that said, the Silent Loop 2 is close to the bottom of our chart with VRM temperatures in the order of 70C. And the 240mm unit is also poor when focussed on 40dBA locked fan speed performance – registering a mid-70s VRM sensor result.

If you want a CPU cooler that has the benefit of helping out the VRMs, the Silent Loop 2 is not a strong option if your system and test configuration roughly matches ours.