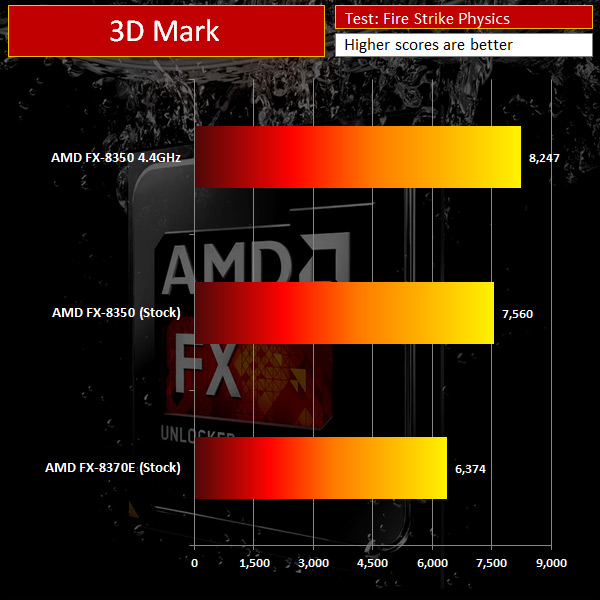 If we take the FX-8350 as a baseline, then the overclocked FX-8350 scores extra marks in the physics tests which are driven by the CPU, while the graphics tests remains steady.

FX-8370E throws things up in the air as the graphics score comes in at the same level as FX-8350 however the physics score drops by 15 percent, which suggests the FX-8370E is running a good bit slower than FX-8350. 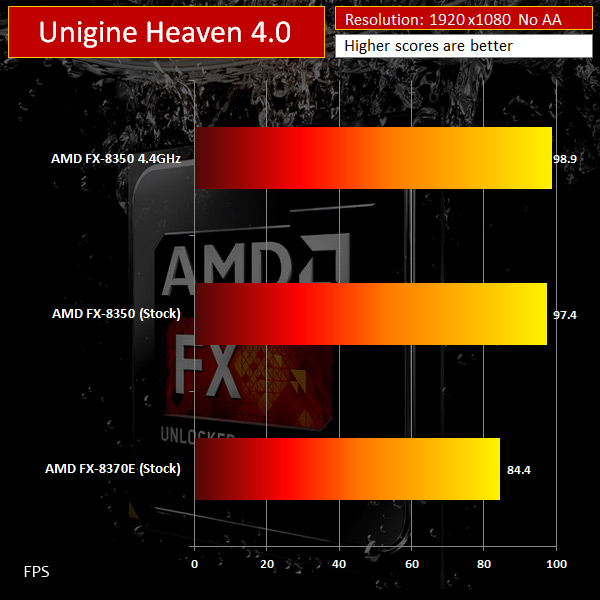 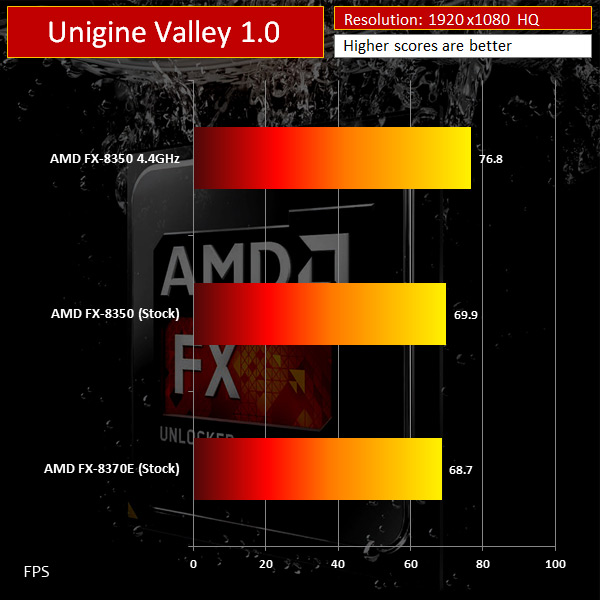 I am grouping the test results from Unigine Heaven 4.0 and Valley 1.0 together as they show a consistent pattern. FX-8350 performs well and the extra ten percent from overclocking gives a noticeable lift. FX-8370E does the exact opposite and drags the numbers down.

The Valley test exaggerates the differences between the three test set-ups and by this stage I was wondering whether my FX-8370E was actually running anywhere close to 4.0GHz, let alone the claimed maximum Turbo speed of 4.3GHz.

PCSpecialist has teamed up with one of the world’s most recognised esports gaming outfits, Fnatic, to produce the Official Fnatic Gaming PC...