Pov Ray hammers the CPU as it renders an image. It was obvious this would show the FX-8370E in a poor light however POV-Ray has the handy feature that it can run on a single CPU thread as an alternative to running on all available threads.

As expected the FX-8370E loses out to FX-8350 as the ‘faster’ CPU is throttled to its base speed of 3.3GHz while the FX-8350 happily ramps up its speed and hence its performance. 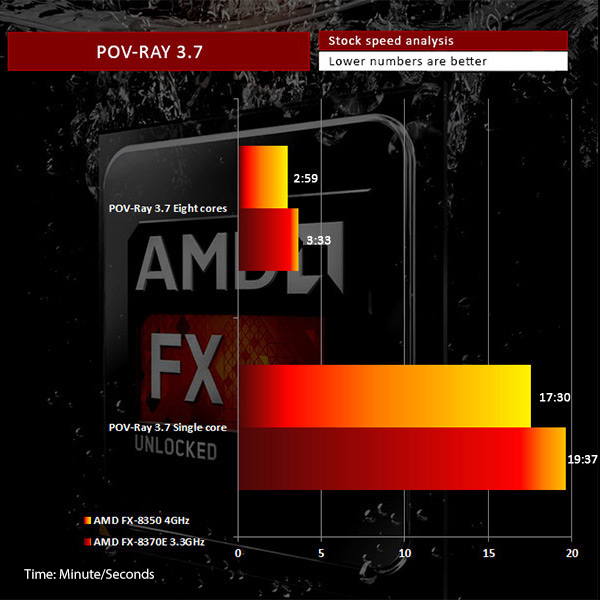 Running the test again on a single thread also proved damaging to FX-8370E as the single core loaded at 100 percent was clearly sufficient to hit the 95W TDP and that killed performance. While I was watching CPU-Z and Windows Task Manager I was able to see the FX-8370E initially increased its clock speed beyond 4GHz and then rapidly clocked back to 3.6GHz.

In other words the 3.3GHz base speed Turbo’d slightly to 3.6GHz which was better than I had previously seen – however it was a long way shy of 4.3GHz, the supposed maximum speed.