So how much power does it take to drive these test systems? 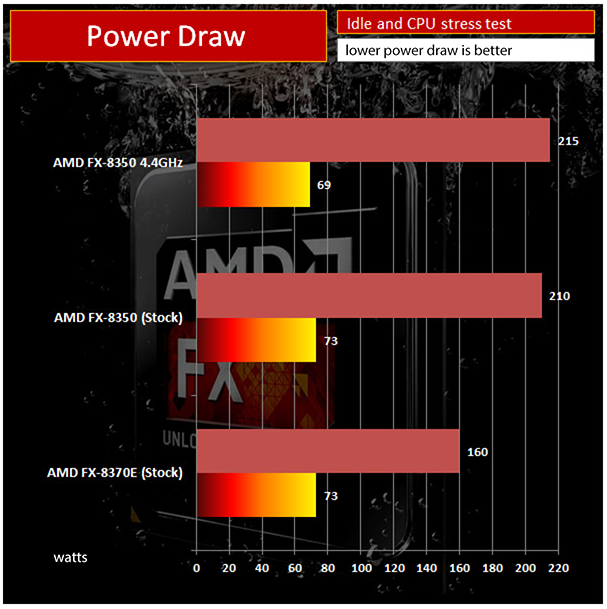 At the wall socket they draw 69W-73W whilst idling in the Windows desktop which seems pretty good but is higher than I would expect to see with a comparable Core i7 system.

By contrast the FX-8370E system pulled 160W under load, an increase of 87W from idle. This means the FX-8370E requires 50W less than the FX-8350 which is much less than I expected, and certainly far greater than the difference between the 95W and 125W TDP of the two CPUs. 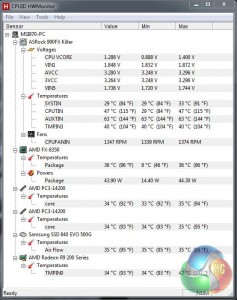 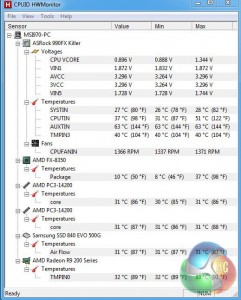 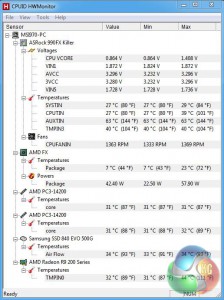 A reduction in power draw and TDP should be evident in the temperature figures that you measure within the CPU. The CPU package temperature for both FX-8350 and FX-8370E was in the range 36-39 degrees which means the CPU cooler was doing its job and all was well.

The HW Monitor utility reported a CPUTIN (CPU Temperature Index) figure of 47 degrees under load for FX-8350 that rose to 51 degrees when the CPU was loaded, whereas the FX-8370E ran at 23 degrees which is 24 degrees cooler.

That’s an impressive reduction in temperature.