Games are notorious for using CPUs inefficiently and in particular for not making full use of the available cores, however they are a superb real world test of your hardware.

We test with Dirt 3. 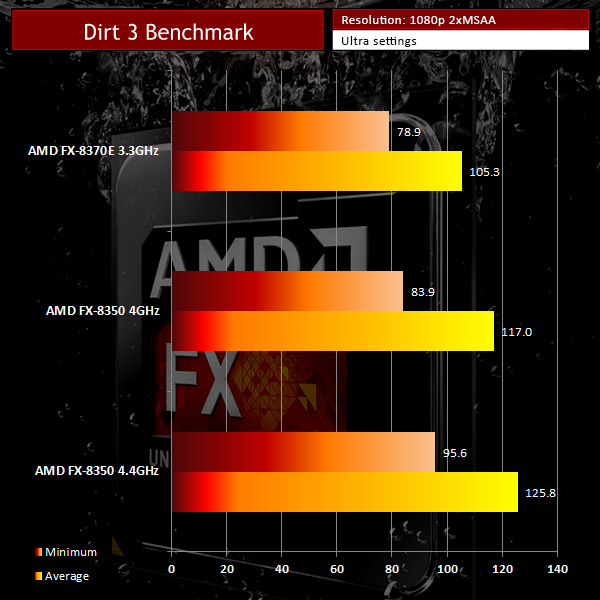 Running the built-in benchmark tests in Tomb Raider and DIRT 3 highlights a couple of relevant points.

DIRT 3 dates back to 2011 and looks pretty good on any competent PC however the benchmark reports frame rates way beyond anything your eye might see.

They show that the overclocked FX-8350 delivered about 10fps extra compared to the stock FX-8350 while FX-8370E lost 10fps. These are minimum frame rates around 80fps with an average of 105fps and you simply cannot see the difference by eye. On the one hand FX-8370E has lower performance than FX-8350 but on the other hand you won’t be aware of that fact in DIRT 3.

Intel Hybrid Technology was officially introduced when the company announced its Lakefield processors. These processors …