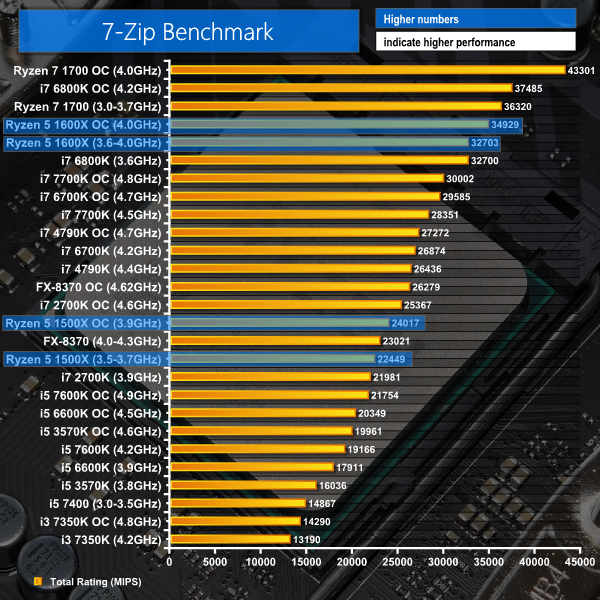 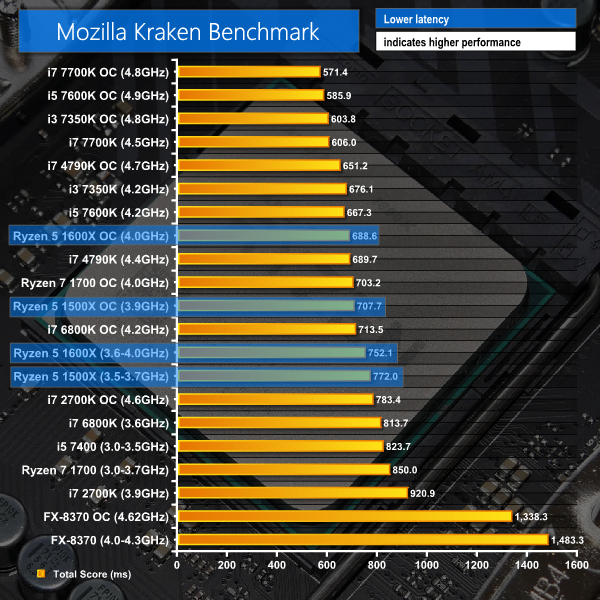 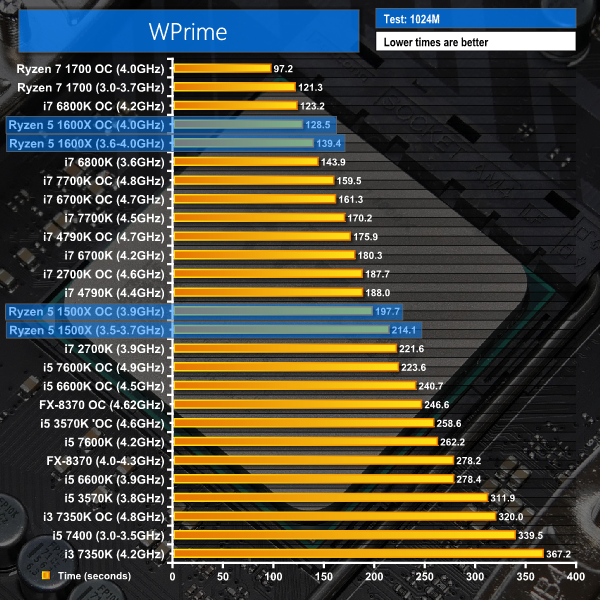 WPrime is heavily multi-threaded so the performance of Ryzen 5 1600X is a known by this point. Core i5-7600K is outperformed versus Ryzen 5 1600X by significant levels at both stock and overclocked frequencies. The more expensive 4C8T and 6C8T Core i7 processors also sit below Ryzen 5 in the chart, at stock frequencies. An overclock to the Broadwell-E 6800K puts it above Ryzen 5 performance levels.

Ryzen 5 1600X continues to show its dominance versus the price-competitive i5-7600K in multi-threaded workloads. Core i7-7700K performance numbers are also surpassed and it takes a hefty overclock for Broadwell-E’s Core i7-6800K to beat Ryzen 5’s flagship. Positive stuff from a $249 part.

With that said, the Kraken benchmark shows that Kaby Lake’s mixture of stronger IPC and significantly higher clock frequency demote Ryzen 5 in the performance hierarchy. Single- or lightly-threaded workloads are best paired with Kaby Lake.