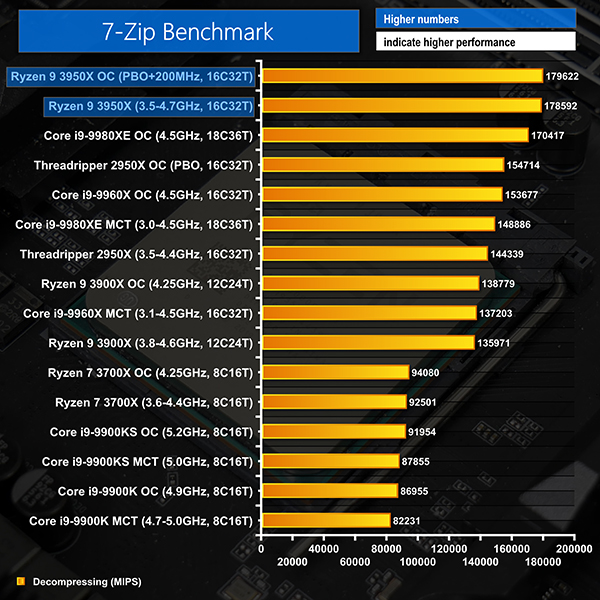 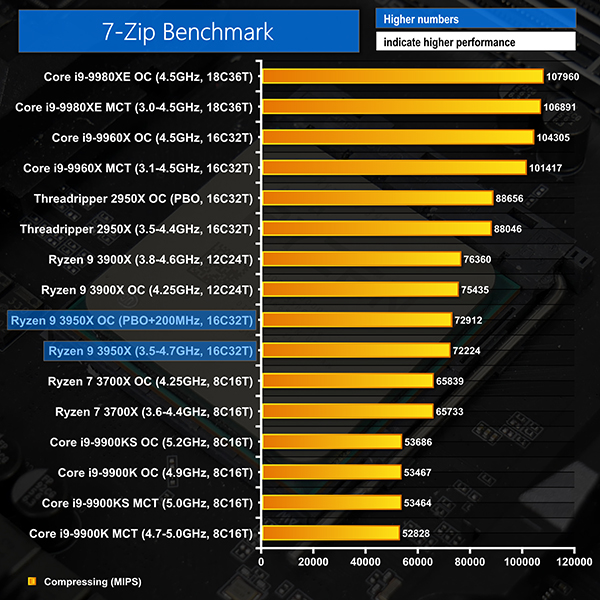 Lots of cores and solid frequencies are clearly a winning formula for speedy decompressions in 7-Zip. AMD’s Zen-based architectures have historically shown strong performance in the decompression test, and that trend continues with the Ryzen 9 3950X taking top spot in our chart. Not even the overclocked 9980XE can keep up with AMD’s 16-core Zen 2 part.

Now this is an odd one for the compression results. With boost frequencies checked and validated as operating fine, there’s no reason why the 16-core 3950X should be scoring lower than the 12-core 3900X. Loading in this 7-Zip workload is not significant enough to push the processors towards the base frequency, at which point the 3900X would have an understandable advantage.

Further interpretation of the results points towards a reduction in memory bandwidth causing the reduced compression performance for our 3950X. 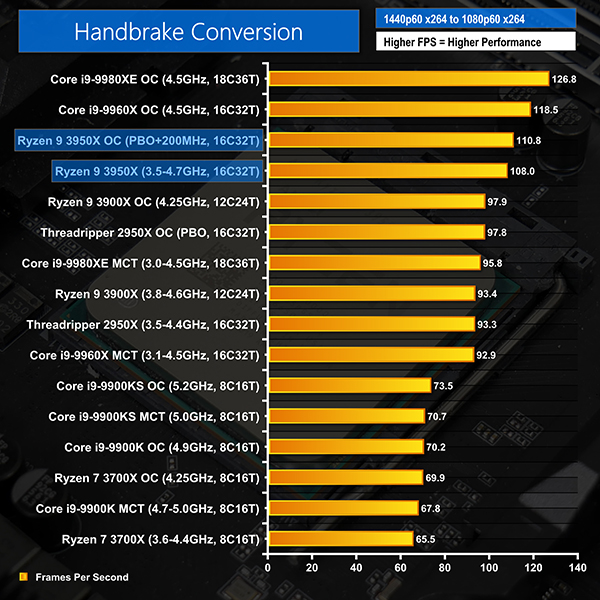 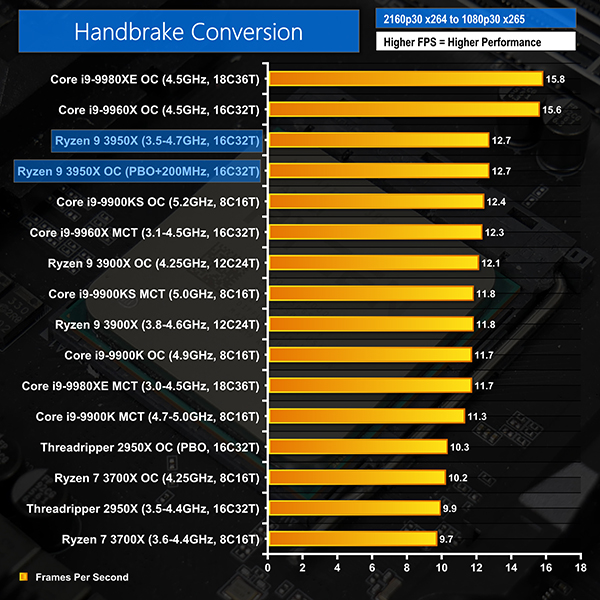 Despite the strength of Intel’s architecture in heavy AVX workloads such as Handbrake, none of the stock-clocked HEDT parts from Team Blue can get anywhere near 3950X performance levels. Stock 3950X versus the 9980XE shows a 13% performance uplift for AMD. With that said, Handbrake loves frequency as well as cores, so Intel’s overclocked HEDT parts take clear victories at 4.5GHz. Even the i9-9960X is 7% faster OC versus PBO OC with the 3950X.

The inability of our real-world x265 workload to saturate more than around 16 threads narrows the margins in this test. The 3950X does well at stock and outperforms Intel’s HEDT parts by way of those chips running into AVX-based turbo multiplier reductions. Overclocking the Intel chips to 4.5GHz, however, sits them very comfortably at the top of our chart with a lead of at least 23% over the Ryzen 9 flagship.