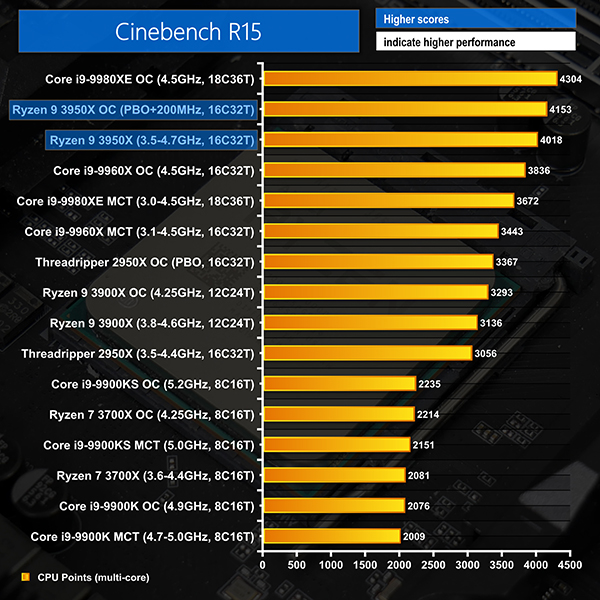 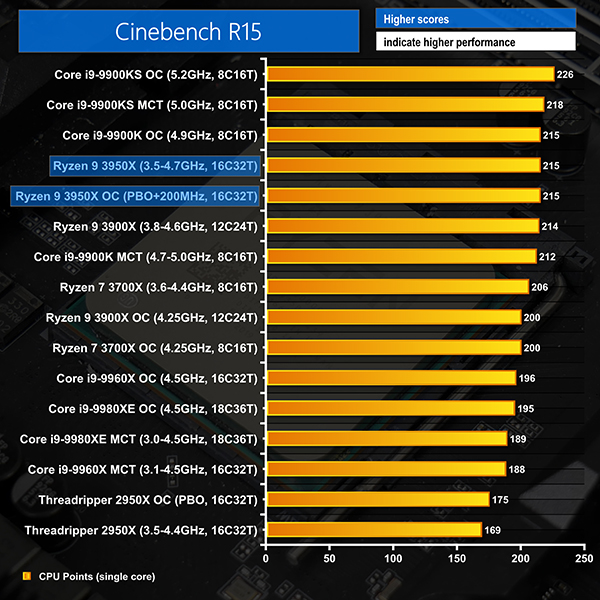 Single-threaded performance is strong thanks to the high boost clocks. Only Intel’s 4.9GHz+ Coffee Lake parts can outgun the 3950X’s single-threaded score. 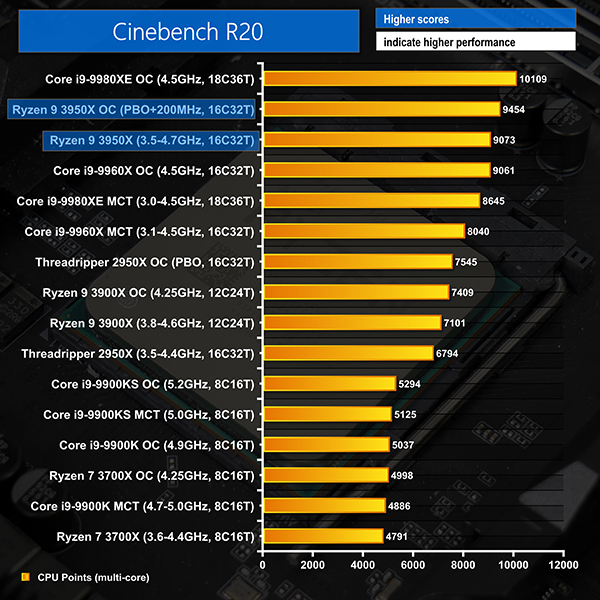 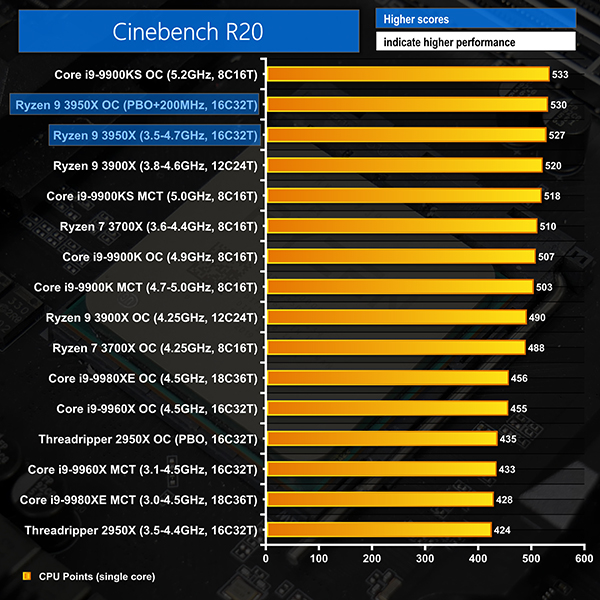 Provided you’re hitting maximum boost clocks, the 3950X is almost as fast as it gets in our single-threaded chart. It takes a 5.2GHz Coffee Lake Core i9 to keep AMD’s part off top spot. The Intel HEDT competitors trail AMD’s 16-core processor by 14% even when overclocked. 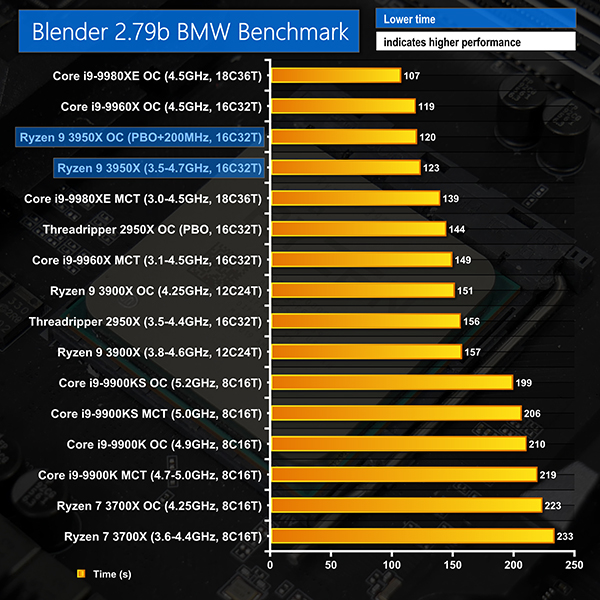 Multi-core rendering continues to fly on the Ryzen 9 3950X, as shown in Blender. The AM4 flagship shaves 16 seconds or 11.5% off Intel’s i9-9980XE score. With that said, the Intel HEDT parts leverage their superior frequency capability and outgun the AMD chip when overclocked to 4.5GHz. Realistically, the i9-9960X at 4.5GHz matches AMD’s 16-core part, rather than beat it. Also worth noting is Ryzen 9 3950X’s more than half-a-minute performance boost over the Threadripper 2950X.