Our overclocking section of this review is not as detailed as I would like, purely due to time constraints. The driver we did all of our testing with (19.7.1, dated June 27) was not friendly to overclocking and AMD themselves acknowledged this and asked reviews to hold off with overclocking testing until it could provide a new driver. Well, that driver arrived on Saturday, July 6 – just one day before launch. 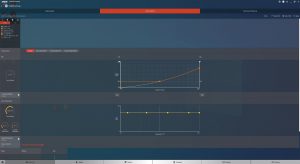 So, I tried my best with the new driver in the short window that was available to me, but initial testing suggests relatively limited overclocking headroom. Using Wattman – MSI Afterburner wasn’t playing nice with voltage adjustments – after a reasonable amount of time spent adjusting the curve, I achieved my best results with the above settings. 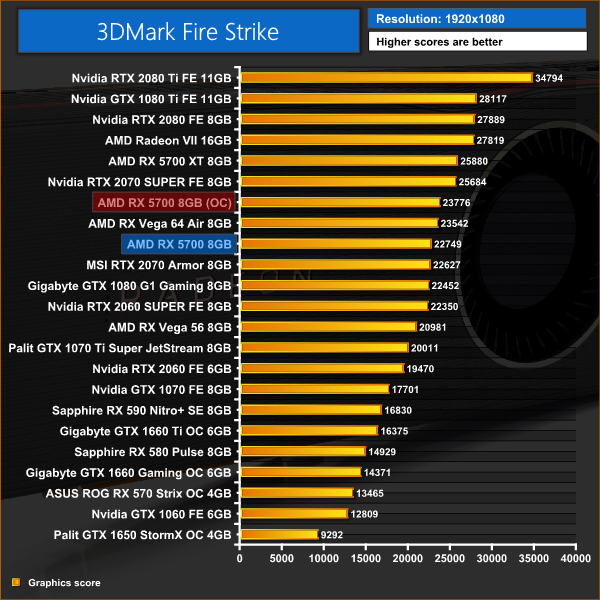 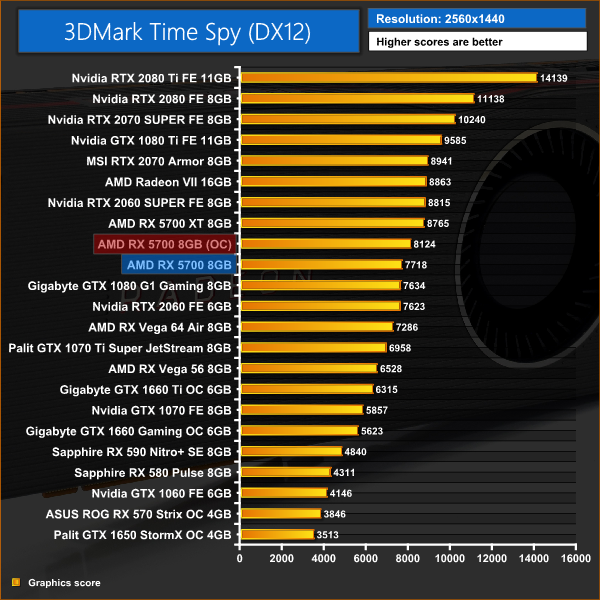 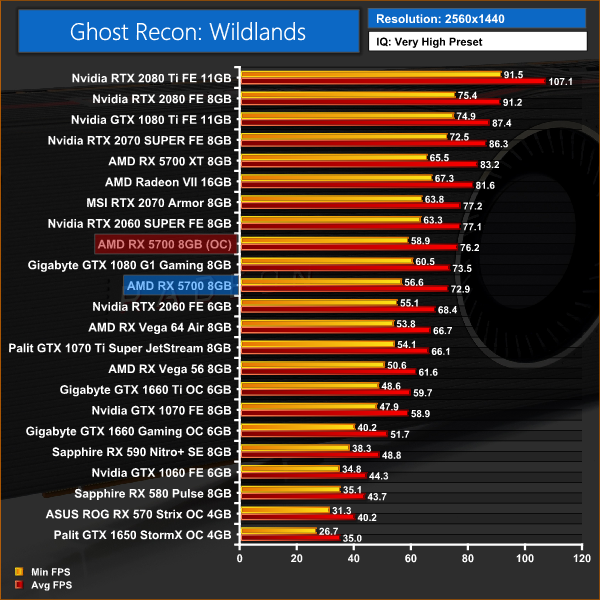 Like I found with the RX 5700 XT, overclocking the 5700 doesn’t really bring big gains. Our Fire Strike score increased by just over 1000 points, while Time Spy saw an increase of around 400 points – both of which are fairly mediocre improvements. A gain over just over 3FPS in Ghost Recon: Wildlands isn’t something to get too excited about either. We’ll see how the situation develops as overclocking a partner card with a better cooler/increased power limit may help, while additional driver optimisations may also be needed. Right now, however, overclocking seems pretty limited. 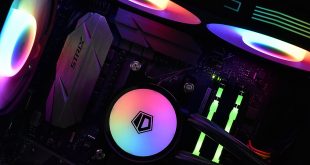