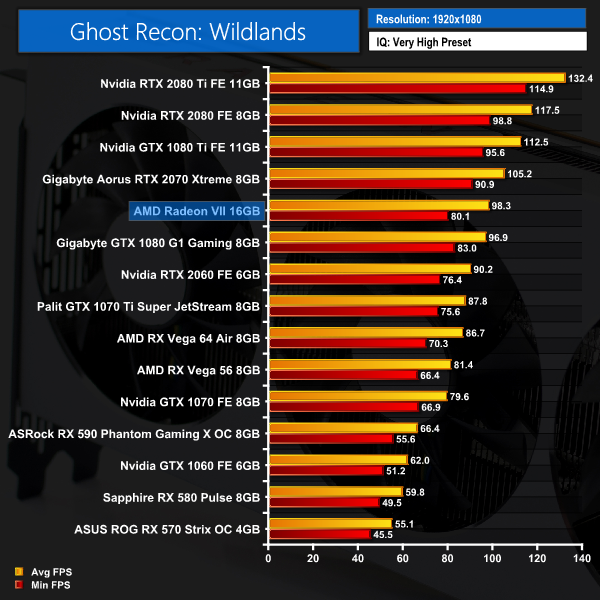 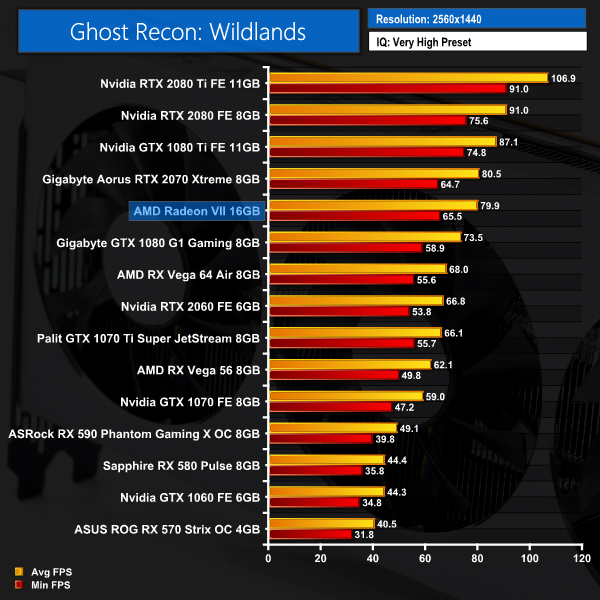 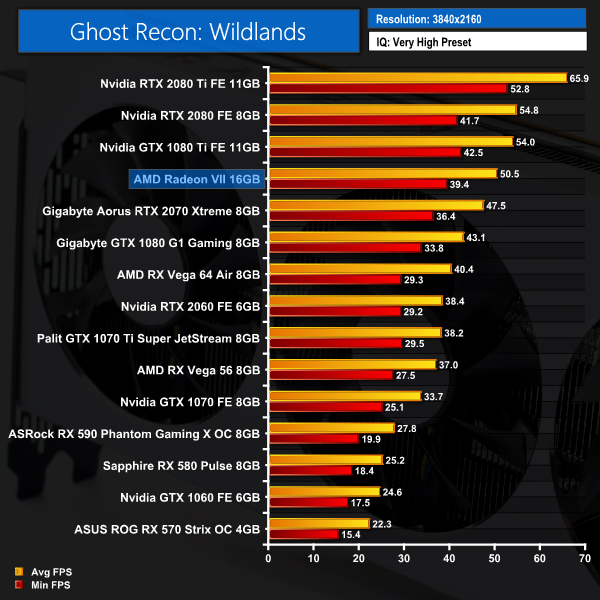 The figures from Tom Clancy’s Ghost Recon: Wildlands are less flattering for the Radeon VII. At 1080p and 1440p, for instance, it falls behind the Aorus RTX 2070, with a sizeable gap between itself and the RTX 2080. Ghost Recon: Wildlands is an Nvidia-optimised title, so I think we were expecting to see the RTX 2080 come out on top – but I was not expecting the margin to be over 11FPS at 1440p. It’s possible we will see this gap reduce over time as we see driver and/or game updates, but for now it is a clear win for Nvidia hardware here.