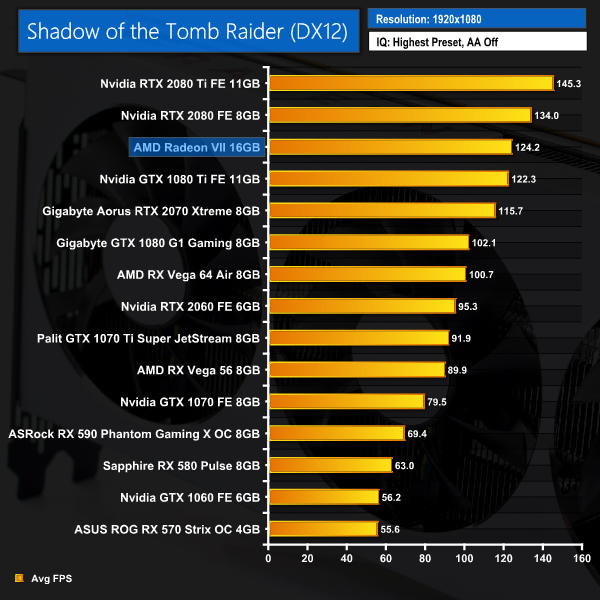 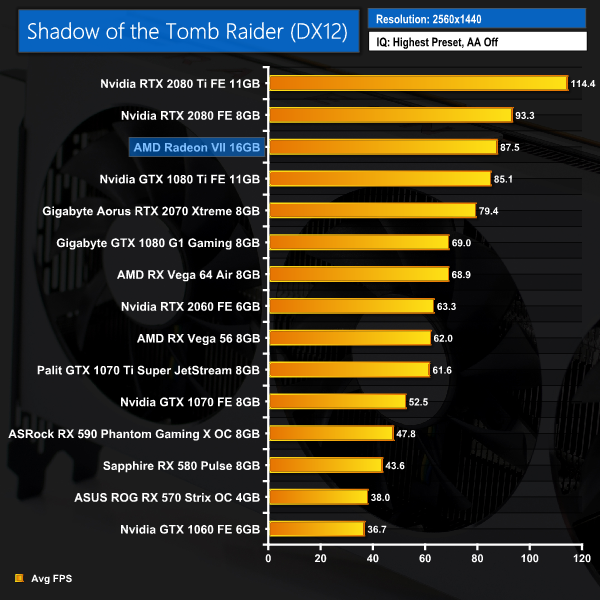 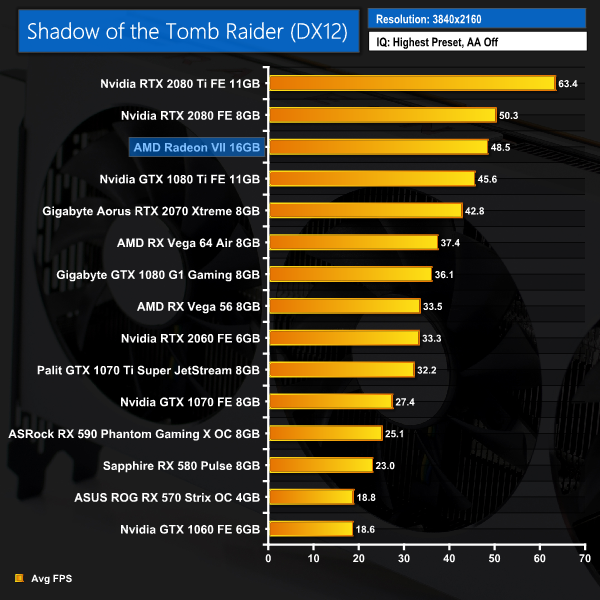 We finish our games testing with Shadow of the Tomb Raider, and the Radeon VII does fare better here. It still performs slightly slower than the RTX 2080 – there is a performance difference of 5.8FPS at 1440p resolution, for instance – but it does edge ahead of the GTX 1080 Ti and RTX 2070 across all three resolutions tested.