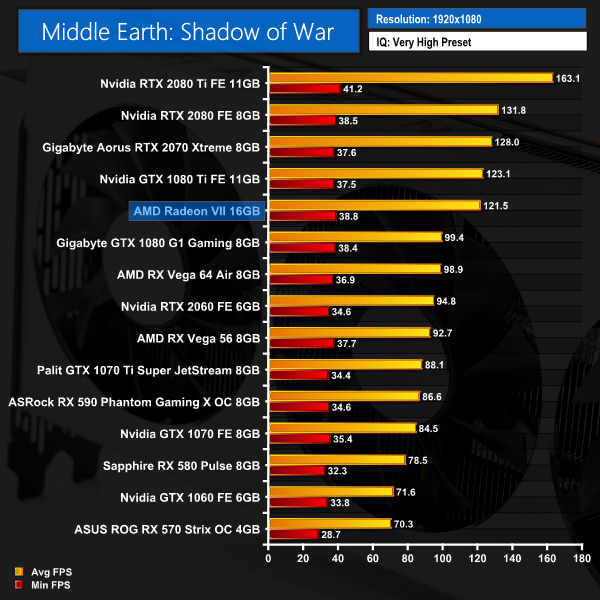 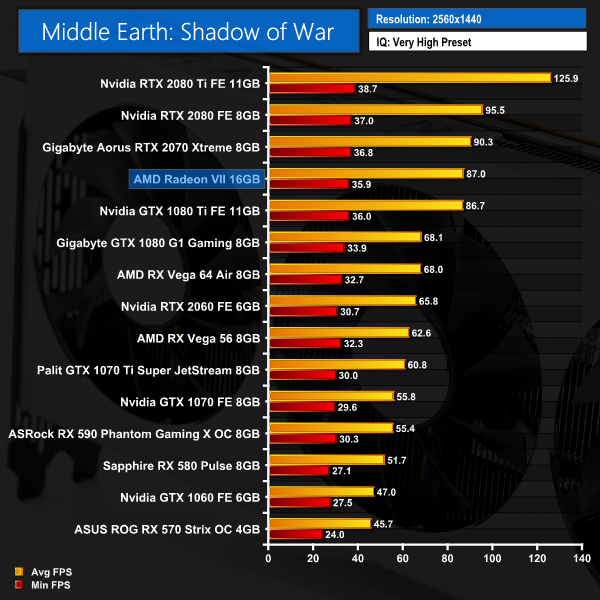 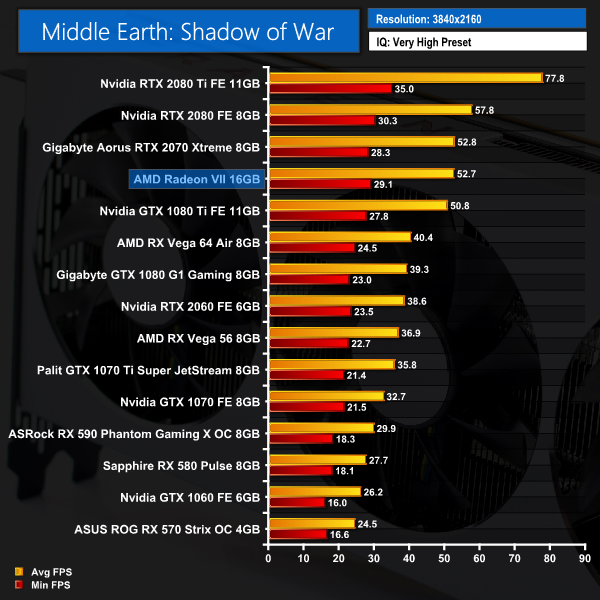 The Radeon VII is also beaten out by the Aorus RTX 2070 when we come to Shadow of War. The results here are closer than with Ghost Recon: Wildlands, but at 1440p for instance the RTX 2080 takes an 8.5FPS lead over the Radeon VII.