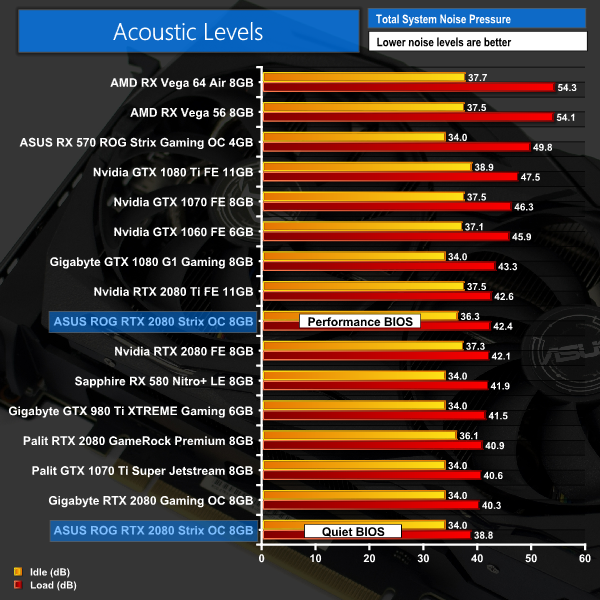 Starting with the performance BIOS result, a peak of 42.4C is certainly not loud. It is marginally louder than the Founders Edition – and thus just over 2dB louder than the Gigabyte RTX 2080 Gaming OC – but you’d still be hard-pressed to hear it once it’s running in a case.

The quiet BIOS, however, is on another level – the word ‘quiet’ is somewhat of an understatement! A peak of 38.8dB is really something incredible – particularly when we consider the card could still run at over 1900MHz, and the GPU temperature only peaked at 73C. To give you an idea of how quiet the Strix is in this mode, I had to put my ear right up against the shroud to hear the fans spin – and this is with the card on an open-air test bench. In a case? You simply wouldn’t know it was there.